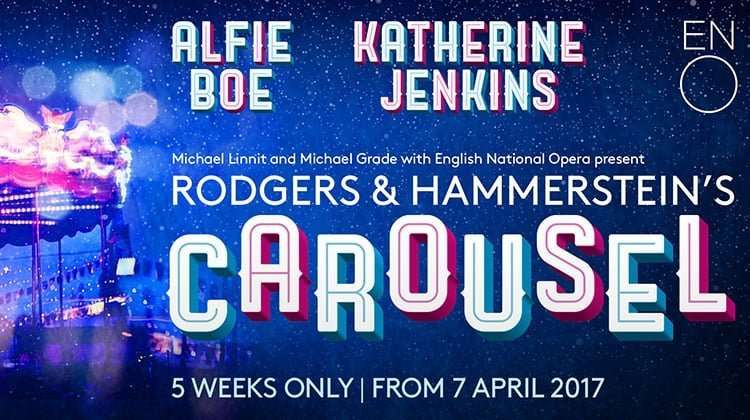 Lonny Price will direct a semi-staged production for a strictly limited run of 41 performances at ENO’s London Coliseum.

Featuring much loved songs If I Loved You, June Is Bustin’ Out All Over and You’ll Never Walk Alone, Carousel will be accompanied by the ENO award-winning 40-piece orchestra and chorus.

Fifteen years after getting caught up in an armed robbery and taking his own life, the charming carousel barker Billy Bigelow gets a chance to return to earth and make amends. Discovering that his daughter Louise has grown into a lonely, troubled teenager, haunted by her father’s legacy, Billy vows to restore pride to his family.

Carousel is presented by Michael Linnit and Michael Grade with English National Opera who have previously presented the critically acclaimed runs of Sweeney Todd with Emma Thompson and Bryn Terfel and Sunset Boulevard with Glenn Close.

★★★★ The Guardian
★★★★ Jenkins has it all . . . the looks, the voice and yes, she can act – The Times
★★★★ Katherine Jenkins and Alfie Boe rise to the Rodgers and Hammerstein challenge – Daily Telegraph

Age Restrictions: No under 5's.

Why book Carousel tickets with us? 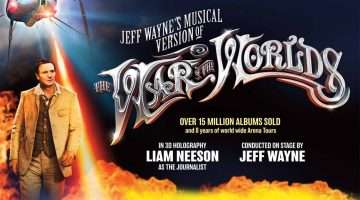 The War of The Worlds announce all-star cast