Michael John LaChiusa’s The Wild Party at The Other Palace Theatre. 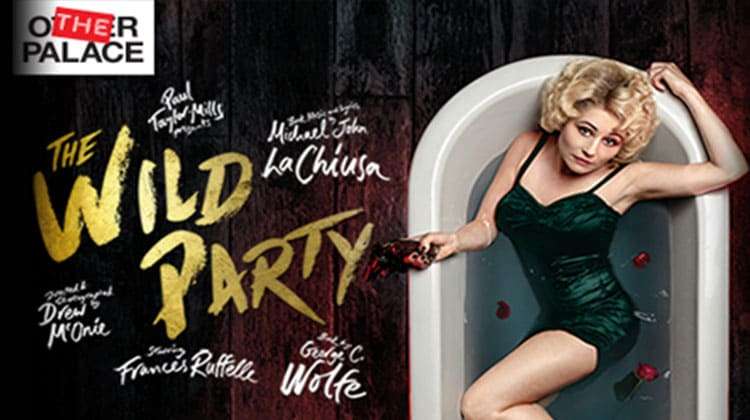 ABOUT The Wild Party

Directed and choreographed by 2016 Olivier Award winner Drew McOnie and starring Tony Award winner Frances Ruffelle, The Wild Party will be the inaugural production at The Other Palace, formerly St. James Theatre, when it reopens in February 2017.

Set against a backdrop of Manhattan decadence and 1920’s excess, The Wild Party tells the story of Queenie and Burrs, a Vaudeville showgirl and a Vaudeville clown whose relationship is marked by vicious behaviour and recklessness.

In an attempt to salvage their toxic union, they decide to throw a party to end all parties.

The guests are a vivid collection of the unruly and the undone: a cocaine-sniffing bisexual playboy; a washed-up boxer; a diva of indeterminate age; a fresh-faced ingénue; and a handsome Valentino who catches Queenie’s roving eye.

The jazz and gin soaked party rages to a mounting sense of threat, as artifice and illusion are stripped away. But when midnight debauchery turns into tragedy, the revellers must sober up and face reality.

After all, no party lasts forever.

Directed and choreographed by Drew McOnie with musical direction by Theo Jamieson, set and costume design by Soutra Gilmour and lighting design by Richard Howell.

Why book The Wild Party tickets with us?