Production images for Kwame Kwei-Armah’s One Night in Miami… have been released ahead of its opening at the Donmar Warehouse tonight.

Written by Kemp Powers, the play is a fictional account of a night in 1964 in which boxer Cassius Clay celebrates his heavyweight title win with activist Malcolm X, singer Sam Cooke and football star Jim Brown. 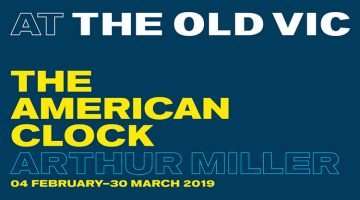 Casting Announced for The American Clock at the The Old Vic