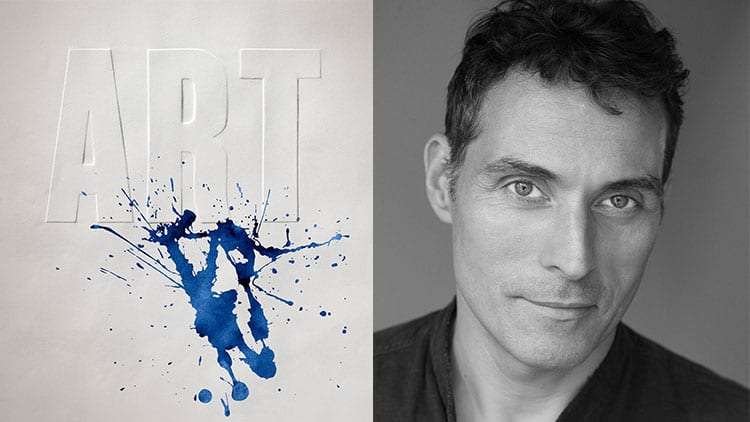 Tim Key, Paul Ritter and Rufus Sewell to star in ART at the Old Vic

The premise of Art revolves around three old friends, Serge, Marc and Yven, a white painting, and what constitutes art. A comedy at heart, it is billed as a “dazzling study of friendship, prejudice and tolerance.”

Tim Key will play Yvan. He has previously performed in the Old Vic production of Tree and is perhaps best known for his TV appearances on Midmorning Matters, Peep Show and Foreign Bodies.

Paul Ritter will play Marc. His previous theatre credits include playing John Major opposite Helen Mirren in The Audience, as well as The Curious Incident of the Dog in the Night Time and The Hothouse. He won an Olivier Award for his performance in Coram Boy at the National Theatre and received Olivier and Tony nominations for his role in The Norman Conquests at the Old Vic and on Broadway.

Rufus Sewell has been cast as Serge. Rufus was last seen on the West End stage in the Donmar Warehouse revival of Closer. Other theatre credits include his Olivier Award-winning and Tony-nominated performance in Rock N’ Roll, and Olivier-nominated turn in Arcadia at the National Theatre, as well as Old Times and Macbeth.

Rufus can currently be seen playing Lord Melbourne in the highly successful ITV drama Victoria, and the Amazon drama The Man In The High Castle.