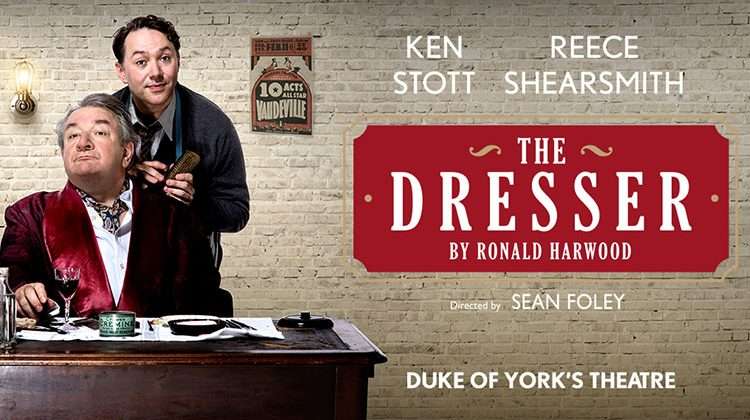 Ken Stott and Reece Shearsmith come together as lead actor “Sir” and Norman “the dresser” in this eagerly awaited revival of “a wonderfully affectionate and intelligent play about the theatre” The Guardian.

Renowned as Ronald Harwood’s greatest play, The Dresser has been nominated for Olivier and Tony Awards as well as an Academy Award for the screenplay of the film. With a multi-award winning creative team of Ken Stott (Rebus, God of Carnage), Reece Shearsmith (The League of Gentlemen, Inside Number 9) and Sean Foley (The Ladykillers, Jeeves and Wooster) this promises to be an unmissable production of a theatrical classic.

As World War II rages, backstage in a provincial English theatre, an ageing, once-famous classical actor is troubled. Sir, the last in a dying breed of great English Shakespearean actors, is unwilling to take to the stage to deliver his renowned portrayal of King Lear.

It falls to his faithful dresser Norman to rouse another great performance from him, to keep both the show and its star from falling apart.

Ken Stott has received four Best Actor Olivier Award Nominations for his work at the National Theatre and the West End in The Recruiting Officer, Broken Glass (for which he won Best Actor in a Supporting Role), Art with Albert Finney and Tom Courtenay and A View from the Bridge. Ken has also appeared at the National Theatre and West End in plays such as The Princes Play, Three Men on a Horse, The Tempest, Heroes, The Winter’s Tale, God of Carnage and Uncle Vanya.

Directed by Sean Foley with further creative to be announced. 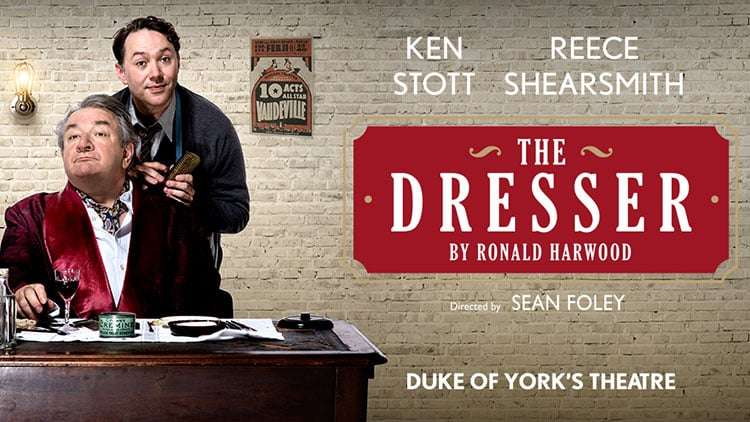 Why book The Dresser tickets with us?