How the Other Half Loves - Until 25 June 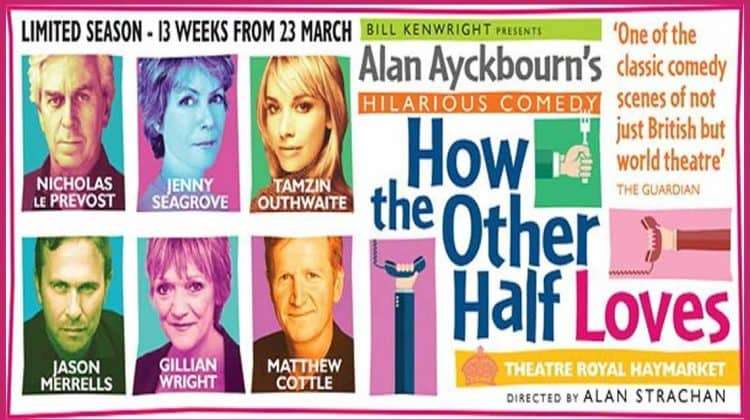 ABOUT How the Other Half Loves - Until 25 June

Alan Ayckbourn’s farcical tale of matrimonial mishaps, How The Other Half Loves receives its first major West End revival this spring, directed by Alan Strachan.

Fondly loved as one of his most popular plays, Ayckbourn’s tale of social graces and personal misunderstanding makes for a hilarious night at the theatre.

A witty, funny and beautifully crafted play, How the Other Half Loves juggles time and space to present the lives and loves of three married couples.

As Bob and Fiona clumsily try to cover up their affair, their spouses’ intervention only adds to the confusion. William and Mary Featherstone become hopelessly stuck in the middle, falsely accused of adultery and with no idea as to how they’ve become involved. The plot culminates in two disastrous dinner parties on successive nights, shown at the same time, after which the future of all three couples seems in jeopardy…

Alan Ayckbourn is one of the most prolific and widely performed of living English language playwrights and a highly regarded theatre director. He has written 74 full length plays and has won Olivier, Tony and Moliere Awards for his work.

Why book How the Other Half Loves - Until 25 June tickets with us? 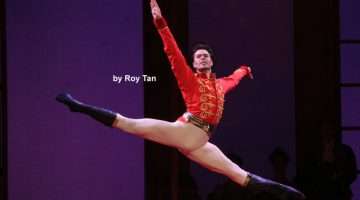