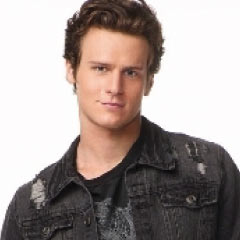 Heartthrob Jonathan Groff, who plays Jesse St John in smash-hit US series Glee, has appeared in a number of Broadway shows including Spring Awakening and an early version of Hair, now playing at the Gielgud Theatre in London.

And now he’s set to make his London theatre debut at the Noel Coward theatre from 20 August in Deathtrap, the 1978 Ira Levin thriller which was made into a film starring Michael Caine and Christopher Reeve. Groff will play the Christopher Reeve character, Clifford.

The thriller sees good-looking young author Clifford turn up at celebrated playwright Sydney Bruhl’s Connecticut home with a brilliant new stage thriller, at a time with Bruhl’s career has hit the skids. Much ingenious plot twisting and comic brilliance ensues.