Production photos of the UK premiere of Rabbit Hole

Directed by Edward Hall and starring Claire Skinner, Tom Goodman-Hill, Penny Downie, Georgina Rich and Sean Delaney, Rabbit Hole charts the journey of grief and its antidotes through the tale of a family wrestling with a sudden loss.

A Day In The Death Of Joe Egg 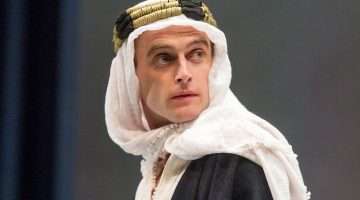 In Pictures: Lawrence After Arabia