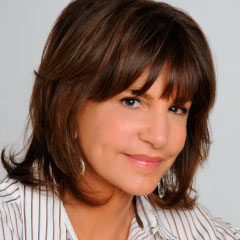 Film and stage star Mercedes Ruehl will appear in the Old Vic in the West End’s new production of Neil Simon’s comedy The Prisoner of Second Avenue, at the Vaudeville Theatre from 30 June to 11 September.

In the show Ruehl stars as loyal wife Edna, who has to pick up the pieces when her husband, Mel, has a New York meltdown.

The play is directed by Terry Johnson, flush from his Tony Award success for La Cage Aux Folles, and also stars Hollywood’s Jeff Goldblum as Mel.

Mercedes Ruehl won an Oscar for her performance in The Fisher King and multiple awards including a Tony for her Broadway performance in Neil Simon’s Lost in Yonkers, alongside Old Vic Artistic Director Kevin Spacey.