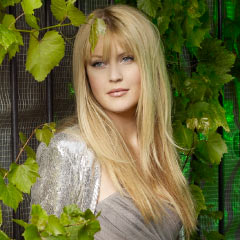 Camilla Kerslake has perseverance. In spades.

Born in London but brought up until the age of eight outside of Auckland on New Zealand’s North Island, Kerslake, 21, decided against plans to be a doctor, and after ‘A’ levels, auditioned for Guildford’s Academy of Contemporary Music then started a two-year course on the business aspects of the music industry.” But just three months in, Camilla’s life changed irrevocably. Camilla recorded her own versions of two classic pieces, ‘Ave Maria’ and ‘Pie Jesu’ to show off her remarkable voice. Armed with the knowledge that Take That were recording at a London Studio at the time, Camilla turned up on an almost daily basis hoping to give Gary Barlow the demos.

Gary finally relented and listened. In true fairytale fashion, he loved what he heard and immediately offered to sign her to his Future record label and put her into the recording studio with producer Mike Hedges, famed for his work with U2, the Manic Street Preachers and Dido among many highly-successful others, Her self-titled debut album, released last year went on to receive a nomination for Best Album at the 2010 Classical BRIT Awards and she has performed at Buckingham Palace for Prince Charles’ charity dinner and The Royal Albert Hall for Classic FM Live and Classic Response 2010.

Book tickets to Les Miserables at the Queens Theatre in London