A reviews round-up for Impossible at the Noel Coward theatre

Impossible is feted as the greatest magic show to hit London in decades bringing together some of the best magicians, conjurers, escapologist, illusionists and tricksters 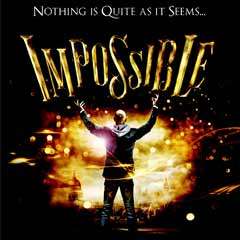 from around the world. Were the critics dazzled by the impossible feats? Is the hype only an illusion? We saw an early preview and this show definitely has legs. Here’s what the critics thought.

IMPOSSIBLE, London’s magic spectacular demonstrates a stunning range of magical artistry from death-defying stunts involving fire, water, knives and crossbows, through to mind-blowing mind-reading and dumbfounding sleight of hand. Fusing technological trickery, grand stage illusions and close-up magic in a fast-paced breathtaking show – it is a unique live magic experience for all ages.

Impossible plays a strictly limited run from 24 July 2015 until 29 August 2015 at the Noel Coward theatre.

“Suspend your disbelief .. and you will be in awe”

“too full of skill to resist for long”

“Some of the best moments are the simplest: Ali Cook performing close-up magic resonates even more than his escapology. Luis de Matos leading the audience on a rambling, interactive trick — half conjuring, half filibustering — has more of a wow factor than when he makes a car vanish on stage. The geeky Chris Cox is a jittery but jokey mentalist who turns apparent botch-ups into how-did-he-do-that? victories.”

“Despite some jaw-dropping moments, this stage magic revival is overloaded with male machismo”

“Though the technology is new, there’s a familiar ring to the tricks in this magic show”

“the whole evening is slick, fast-moving and intriguing acts in this Vegas-style fiesta of illusion.”

“It’s a highly entertaining show, but also somewhat retro in its suggestion that the chief function of women is to be bundled into cabinets and bisected, made to disappear or invisibly transported from one side of the stage to the other.”