With only 4 weeks to go, we're counting down with a little look at the Broadway hit show Kinky Boots.

With only 4 weeks to go, we’re counting down with a little look at the Broadway hit show Kinky Boots.

Kinky Boots which begins previews in four weeks at the Adelphi Theatre has released some sneak rehearsal and key cast photo’s.

Winner of six Tony Awards including Best Musical, Kinky Boots has a score by pop superstar Cyndi Lauper and a book by four-time Tony winner Harvey Fierstein. Based on the acclaimed British film starring Chiwetel Ejiofor, Kinky Boots The Musical is a riotous new musical about a young guy from Northampton who takes over his family’s struggling shoe factory and discovers an unlikely hero in a drag performer named Lola.

Killian Donnelly (Memphis and The Commitments) and Matt Henry will portray the central characters Charlie and Lola at the heart of the story, and joining them are Amy Lennox (Lauren), Jamie Baughan (Don), Amy Ross (Nicola) and Michael Hobbs (George).

Kinky Boots The Musical previews from 21 August 2015 at the Adelphi theatre. 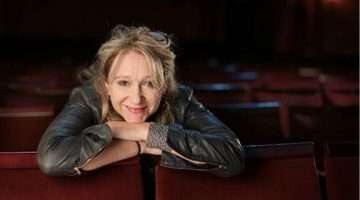