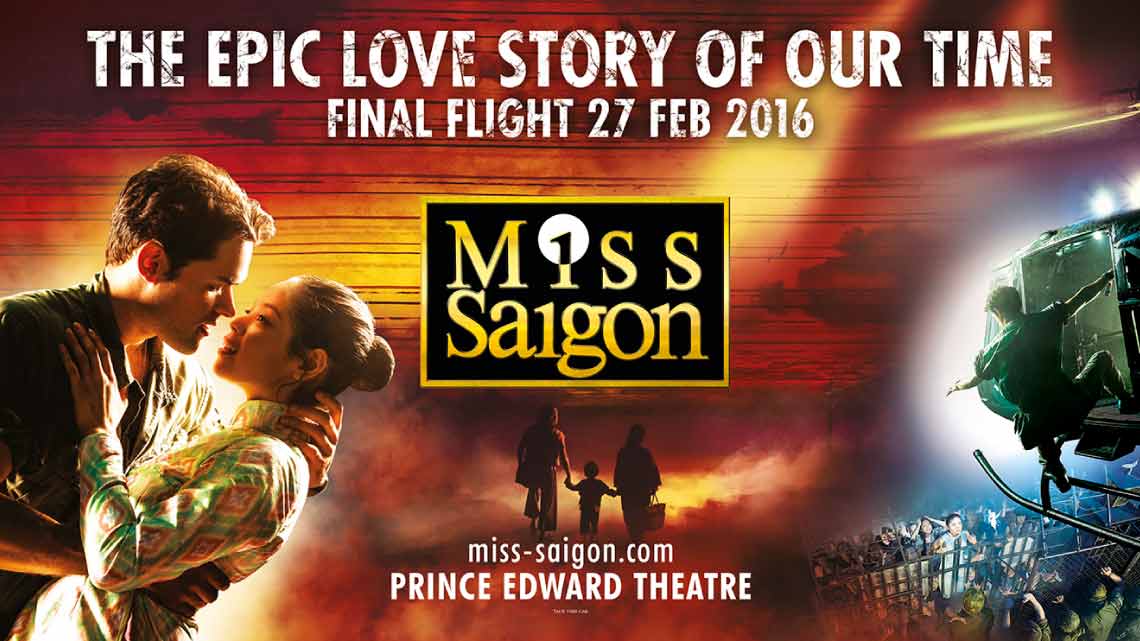 Miss Saigon, the award winning blockbuster musical from Cameron Mackintosh has announced a final extension with the show to have its final performance on 27 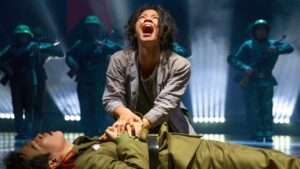 Cameron Mackintosh said today ‘”I’m delighted to announce a final extension of my hugely successful new production of MissSaigon at the Prince Edward Theatre. This record-breaking and award-winning production is already repeating its success in Japan and Korea and is planned to open in Germany, Australia and Broadway in the next two years. Our original stars Eva Noblezada and Jon Jon Briones continue to lead our wonderful international cast that has made this epic love story one of the greatest contemporary musicals of all time”.

The new production of Boublil and Schönberg’s legendary musical Miss Saigon opened in May 2014 to record-breaking advance bookings and inN 2015 it won 9 What’s On Stage Awards – the most awards for any show in the Awards 15 year history.

Miss Saigon will complete its West End run on 27 February 2015 at the Prince Edward Theatre.