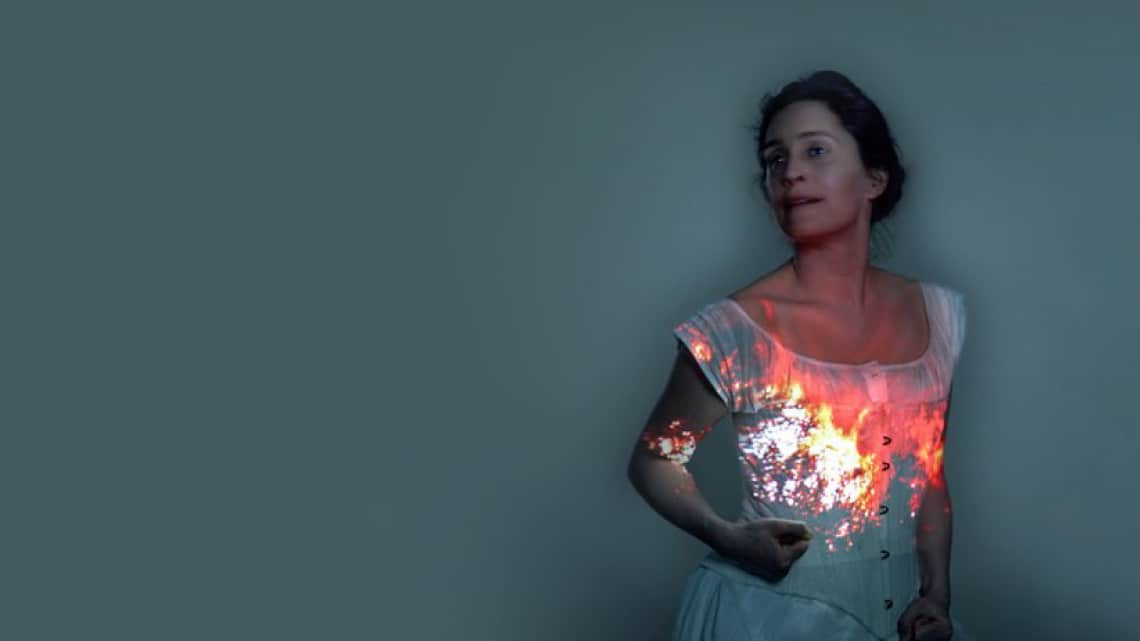 Almost 170 years on, Charlotte Brontë’s story of the trailblazing Jane is as inspiring as ever. This bold and dynamic production uncovers one woman’s fight for freedom and fulfilment on her own terms.
From her beginnings as a destitute orphan, Jane Eyre’s spirited heroine faces life’s obstacles head-on, surviving poverty, injustice and the discovery of bitter betrayal before taking the ultimate decision to follow her heart.

This acclaimed re-imagining of Brontë’s masterpiece was first staged by Bristol Old Vic in 2014, when the story was performed over two evenings. Director Sally Cookson now brings her celebrated production to the National theatre, presented as a single, exhilarating performance.

Jane Eyre is broadcast from the Lyttelton Theatre on 8 December 2015.

The Ferryman at the Gielgud Theatre