Susannah Fielding has won this year's Ian Charleson award for outstanding performance in a classical role by an actor under the age of 30.

Susannah Fielding has won this year’s Ian Charleson award for outstanding performance in a classical role by an actor under the age of 30.

Fielding was awarded first prize at a ceremony at the National Theatre today winning £5,000 for her portrayal of Portia in The Merchant of Venice at the Almeida Theatre.  At the time,  Michael Billington of the Guardian described the production as “among the most exciting productions of the last decade.”

Tom Mothersdale won the second prize of £2000 for his performance in the Young Vic’s production of The Cherry Orchard and Cynthia Erivo won the third prize of £500 for her role in Phyllida Lloyd’s production of Henry IV at the Donmar Warehouse. The three winners were selected from a shortlist of 13 actors.

The awards were set up in 1991 by the National Theatre and the Sunday Times in celebration of the life of stage and film actor Ian Charleson, who died in 1990.

Susannah Fielding is currently performing in The Beaux’ Stratagem at the National Theatre.  Book Tickets >

Tom Mothersdale was recently been in Sheffield Crucible productions of CRAVE & 4.48 PSYCHOSIS

Cynthia Erivo is soon to be in Songs For a New World at the St James Theatre. 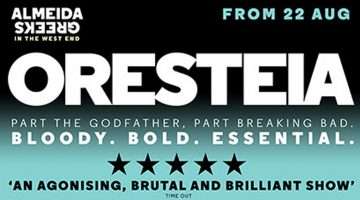