Reviews: Gypsy at the Savoy theatre

A reviews round-up for Gypsy at the Savoy theatre. 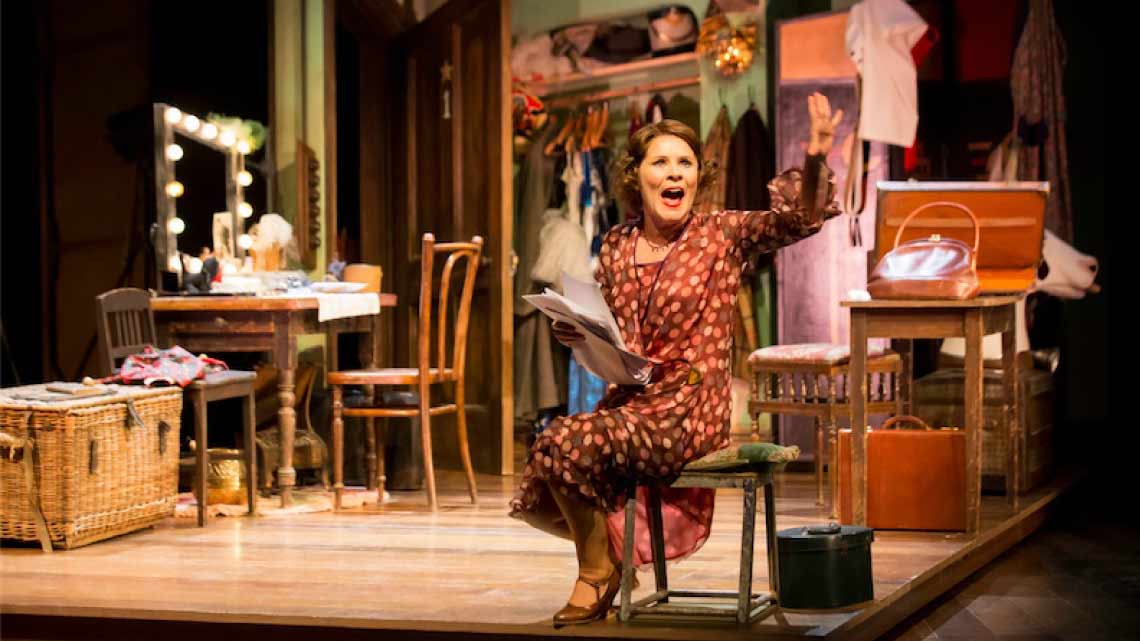 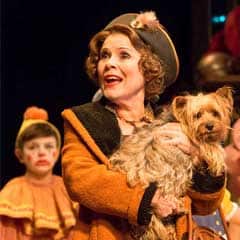 A reviews round-up for Gypsy at the Savoy theatre.

Following a wildly successful season at the Chichester Festival Theatre, GYPSY’s much-deserved West End transfer opened at the Savoy theatre last night and it didn’t disappoint.  Imelda Staunton wowed the audience and critics with a career defining performance with Michael Billington of the Guardian calling it the greatest performance in musical theatre he’s ever seen.

Based on the memoirs of legendary American burlesque entertainer and famous stripper Gypsy Rose Lee, GYPSY features lyrics by Stephen Sondheim, music by Jule Styne and a book by Arthur Laurents. Gypsy is considered to be one of the greatest Broadway musicals of all time and features a show-stopping score of musical classics including Let Me Entertain You, Rose’s Turn and Everything’s Coming Up Roses.

Gypsy is directed by Jonathan Kent with choreography by Stephen Mear, design by Anthony Ward, musical direction by Nicholas Skilbeck, lighting by Mark Henderson, and sound by Paul Groothuis.

Rose Hovick (Imelda Staunton) has big plans for her two little daughters. Baby June is the innocent star of her show, and as they hoof their way across the musical halls of America Momma Rose plans to keep her innocent! But as the years go by the times they are are a changing, and June is getting all grown up. When teenage June dramatically quits the show, a desperate Rose turns her fierce attention to her other, shyer daughter, Louise. But Louise has spent a lifetime in her sister’s shadow and doesn’t match her mother’s ambition, or fit into the tired old routine. As the lights start fading on the cheery family acts of vaudeville, to be replaced by the riskier attractions of burlesque, audiences expect to see much more of their stars than ever before…

“Kent’s revival also offers the unrepeatable chance to witness Imelda Staunton give one of the performances of her career as the manically driven Rose, the showbiz-fixated American “momma” abandoned by her youngest, “Baby” June, and then eclipsed by her hitherto neglected eldest Louise (who blossoms into the burlesque starlet, Gypsy Rose Lee), Rose unravels before our eyes in an electrifying fashion, demented and bitter.”

“It is a blistering, yet beautifully detailed performance. But this is far from a one-woman show. There is similar attention to detail in Peter Davison’s performance as the long-suffering Herbie and in Lara Pulver’s touching, delicately observed Louise: the ugly duckling overlooked by her mother but destined to outstrip her as the burlesque act Gypsy Rose Lee.”

“Everything’s coming up roses for this Chichester transfer”

“Every facet of the character is caught by Imelda Staunton who gives one of the greatest performances I’ve ever seen in musical theatre.”

“an evening that both celebrates showbiz and at the same time exposes the psychotic nature of addiction to stardom.”

“Good as everyone else is in Jonathan Kent’s polished production, this is Staunton’s show (Momma Rose would have it no other way, of course). She’s a force to be reckoned with, blazing through every scene with her belter of a voice and charisma to burn.”

“There are no signs (or sentences) big enough to encompass the sheer magnitude of this shattering performance. But neither is this a one-woman show here – she has been surrounded by a stunning ensemble, including beautiful, fragile performances from Lara Pulver and Gemma Sutton as her daughters, Peter Davison as the patiently devoted Herbie, and a magnificent trio of jaded, down-at-heel strippers played by Julie Legrand, Louise Gold and Anita Louise Combe”

“You don’t do “Gypsy” without a Momma Rose to match, and London hasn’t had a Momma Rose in more than 40 years.”

“It’s a helluva performance: pitiable, infuriating, even outright objectionable, but somehow still admirable, in spite of it all.”

“what elevates Staunton’s performance is the darkness beneath the surface: the sense of irreparable damage to her soul, the Saint Vitus’s dance of desperation she does as she resolves Louise will be her new star after June leaves her; the terrible blankness in her eyes as the prospect of earning a few extra bucks makes her forget her long-suffering paramour Herbie” 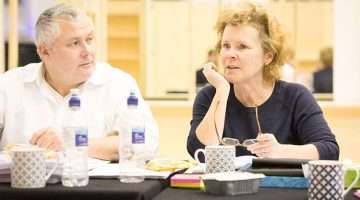