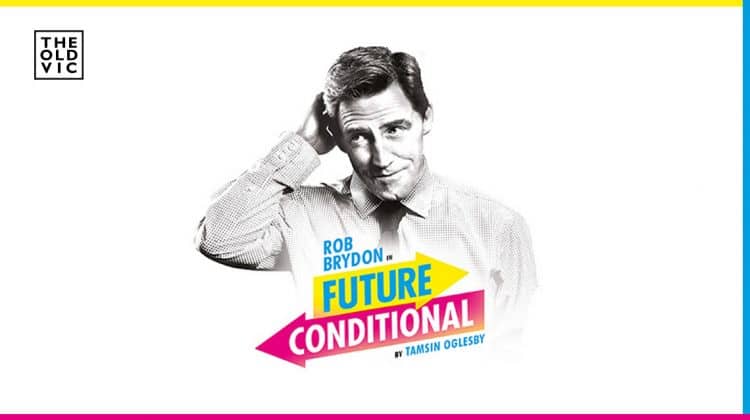 Future Conditional plays a limited season from 1 September 2015 until 3 October 2015 at the Old Vic theatre.

Future Conditional tackles the conundrum of British schooling through a myriad of characters including parents, teachers, and Alia, a prodigiously clever young Afghan refugee and the newest member of Britain’s Education Research Board. Alia has a radical solution for Britain’s schools that could restore our place in the world education league. But is the system ready to take lessons from a schoolgirl…?
Written by acclaimed playwright Tamsin Oglesby (The Mouse and His Child, Really Old, Like 45), Future Conditional proves that when it comes to education, we’ve all got a lot to learn.

Rob Brydon’s theatre credits include The Painkiller (Lyric Theatre, Belfast), A Chorus of Disapproval (Harold Pinter Theatre). His television and film credits include Oliver Twist, Heroes and Villains: Napoleon, The Way We Live Now, Murder In Mind, Kenneth Tynan: In Praise of Hardcore, Marple, 24 Hour Party People, A Cock and Bull Story, The Best of Men, Gangsta Granny, The Trip and The Trip to Italy, Cinderella, forthcoming HBO series The Brink and Universal’s The Huntsman. Comedy credits include A Small Summer Party, The Keith Barret Show, Directors Commentary, Supernova, Cruise Of The Gods, Black Books, I’m Alan Partridge, Little Britain, Live At The Apollo, Rob Brydon’s Annually Retentive, QI, The Big Fat Quiz Of The Year, Have I Got News For You, Gavin and Stacey, Rob Brydon’s Identity Crisis, and Would I Lie To You?. Voice work includes I’m Sorry I Haven’t A Clue, Just A Minute, and Loose Ends and animated features The Legend of Treasure Island, Robbie The Reindeer, The Gruffalo and The Gruffalo’s Child, and Room on the Broom.

Tamsin Oglesby’s play is directed by Matthew Warchus with sound by Simon Baker.

Why book Future Conditional tickets with us? 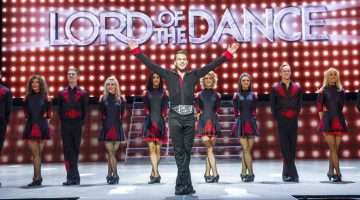 Reviews: Lord of the Dance – Dangerous Games at the London Palladium