A Mad World My Masters 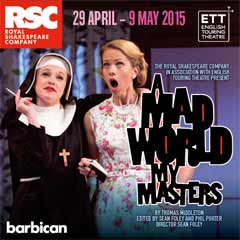 ABOUT A Mad World My Masters

Following a 2013 hit run in Stratford Upon Avon and successful national tour, the RSC’s A Mad World My Masters is to play a strictly limited run from 29 April 2015 until 9 May 2015 at the Barbican theatre.

Transported to the seedy surroundings of 1950’s Soho, Sean Foley’s uproarious update of this lesser-known play features a live 1950s-style band and post-war setting yet retains all the biting satire of the Jacobean original.

London, Soho..1956. Where glamour rubs up against filth, and likes it, where the posh mix with musicians, whores and racheteers; where virginity is no city trade and where a dashingly impecunious bachelor in need of quick cash and a good time has to live on his wits.

Turning con-man to fool his rich uncle, he variously becomes a lord, a high class call girl, and – God forbid – a poor actor. But a beautiful Soho tart is also on the scam; a whore to some, a religious instructor to others, and a debutante in need of an eligible bachelor to yet more.

A Mad World My Masters

Why book A Mad World My Masters tickets with us? 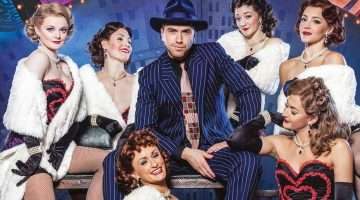