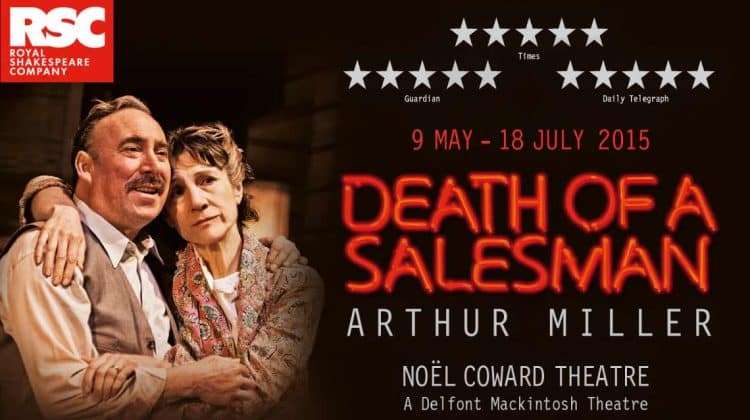 ABOUT Death of a Salesman

Following their acclaimed performances in Stratford Upon Avon, the RSC’s production of Arthur Miller’s American classic Death Of A Salesman transfers to the West End’s Noel Coward theatre for a strictly limited run from 9 May 2015 until 30 June 2015.

Considered to be the greatest American tragedy ever written, this production of Arthur Miller’s 1949 play Death of a Salesman is timed to celebrate the centenary of Miller’s birth. 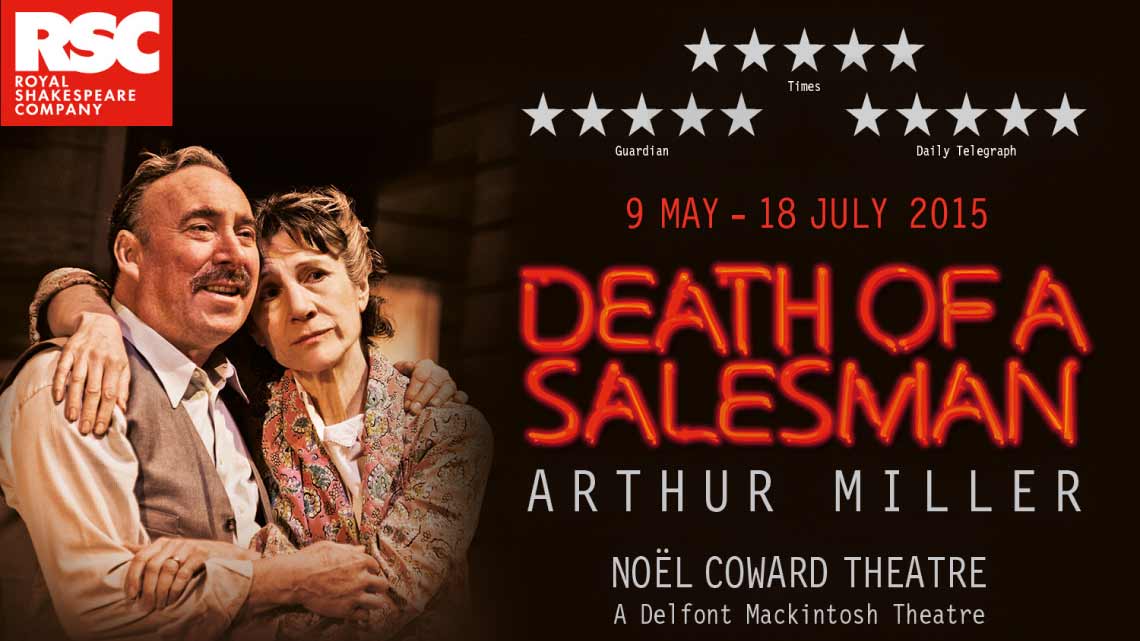 Why book Death of a Salesman tickets with us?