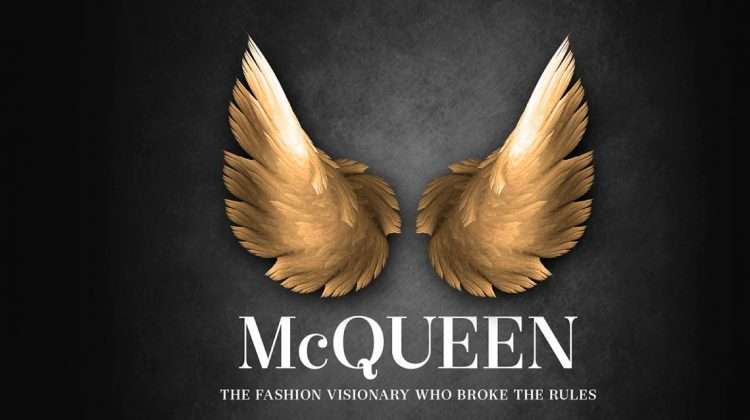 Following a sold-out run at the St James Theatre, McQueen will transfer to the West End for a strictly limited season from 22 August 2015 until 17 October 2015 at the Theatre Royal Haymarket

Award-winning actor Stephen Wight reprises the title role with Carly Bawden taking over the role, originated by US actress Dianna Agron, of Dahlia.  The West End transfer has been refined with some scenes rewritten and an interval added.

McQueen is an unforgettable journey into the mind of British fashion’s most notorious and brilliant artist, Alexander McQueen.

McQueen (Stephen Wight) discovers a strange and beautiful girl (‘Dahlia’, played by Carly Bawden) lurking in the basement of his house. She says that she has been watching him from a tree in his garden for the last 11 nights. At first wary of this mysterious intruder, McQueen begins to believe that the girl might know him better than he knows himself. Together she and McQueen go on a wild trip through London at night, visiting the places and people (including fashion editor Isabella Blow, played by Tracy-Ann Oberman) that have shaped him, looking for redemption, love and, as always, inspiration.

Stephen Wight was named Outstanding Newcomer at the Evening Standard Awards for his performances in Michael Grandage’s production of Don Juan in Soho and Samuel West’s production of Dealer’s Choice. Other theatre includes The Habit of Art at the National and Sean Foley’s production of The Ladykillers in the West End. On television, he has played Simon in Bluestone 42, Sam in The Paradise, Mitch in Threesome, Fletcher in Sherlock and Charles in the BBC mini-series Fingersmith. His films include Wilderness, Highlander: The Source, Weekender with Jack O’Connell, Henry Lloyd-Hughes and Zawe Ashton and Ashes with Jim Sturgess and Ray Winstone.

Carly Bawden’s theatre credits include Assassins, Pippin (Menier Chocolate Factory), Dead Dog in a Suitcase, Tristan & Yseult and The Beggar’s Opera for Kneehigh, My Fair Lady (Sheffield Crucible), The Umbrellas of Cherbourg(Leicester Curve and Gielgud Theatre), and the tours of Whistle Down the Wind and Evita.

Tracy-Ann Oberman played Chrissie in EastEnders, Yvonne Hartman in Doctor Who, Lizzie Clapham in Monroe, Aunty Val in Friday Night Dinner, Mrs Purchase in Toast of London and Diana in the film Filth starring James McAvoy and Jamie Bell. In theatre, she has acted with the Royal Shakespeare Company and at the National, including playing opposite Kenneth Branagh in Edmond.

Why book McQueen tickets with us?