The Mentalists starring Stephen Merchant's and Steffan Rhodri at the Wyndham's Theatre. 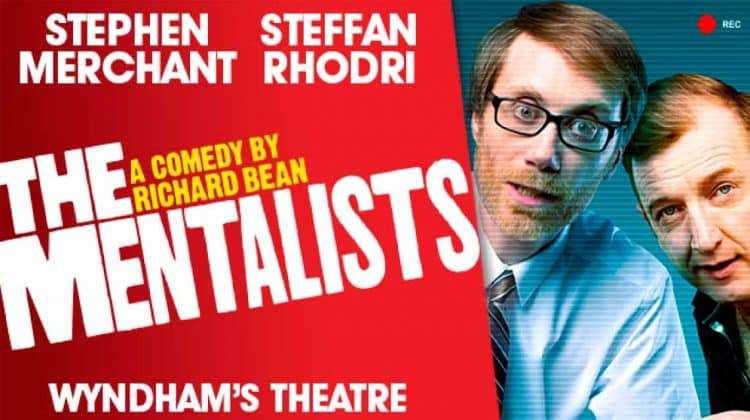 The Mentalists starring Stephen Merchant’s and Steffan Rhodri at the Wyndham’s Theatre.

BAFTA Award-winning writer, comedian and actor Stephen Merchant and Steffan Rhodri will star in Richard Bean’s comic two-hander The Mentalists.   Making his theatrical and West End debut Merchant said it was a chance to do some “Proper Acting”.

The Mentalists runs for a strictly limited season from 3 July 2015 to 29 August 2015 at the Wyndham’s Theatre .

Holed up in a faceless Finsbury Park hotel room Ted (Stephen Merchant), and Morrie (Steffan Rhodri) are forced to confront the darker side of their unique relationship. Things unravel as the pressure mounts in this hilarious and touching tale of friendship and utopian visions gone awry.

Stepehn Merchant is well-known for his collaborations with Ricky Gervais, including popular television shows The Office, Extras, Life’s Too Short and An Idiot Abroad. He recently starred in Dan Mazer’s hit British comedy filmI Give It A Year alongside Rose Byrne and Rafe Spall. Merchant wrote, directed and performed Hello Ladies, an international stand-up comedy tour which he went on to re-create as a television series for HBO including HBO special Hello Ladies – The Movie. In a career that has seen Merchant accept four BAFTA awards, four British Comedy Awards, a Golden Globe Award and an Emmy Award for his television work, The Mentalists will mark both his theatrical and West End debut.

Steffan Rhodri was last seen in the West End in Laura Wade’s Posh and Alan Ayckborn’s Absent Friends, both in 2012. On television, Rhodri became a household name portraying Dave Coaches in Gavin & Stacey for three years between 2007 and 2010. More recent television credits include Under Milk Wood for the BBC and Channel 4’s Cucumber.

Directed by Abbey Wright, The Mentalists will feature Scenic Design by Richard Kent, Lighting Design by David Plater, and Casting by Anne Vosser. Since writing The Mentalists, originally part of the Transformation season in 2002 at the National Theatre, Richard Bean has gone on to score West End successes with One Man, Two Guvnors and Great Britain, both directed by Nicholas Hytner. Most recently, Bean wrote the book for Made In Dagenham, which premiered at the Adelphi Theatre in 2014, starring Gemma Arterton and directed by Rupert Goold. 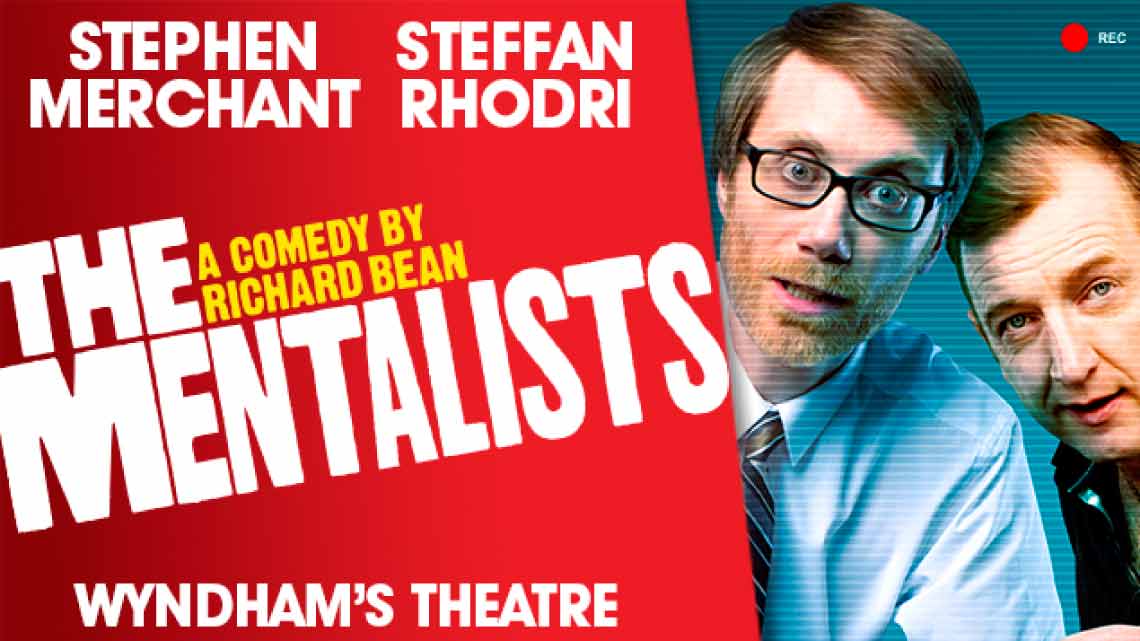 Why book The Mentalists tickets with us?