A cast change at Jerry Mitchell’s sunny production of Dirty Rotten Scoundrels at the Savoy Theatre prompts this review, and we’re pleased to report that it remains a thing of theatrical beauty.

Any one of a Cote d’Azur setting, dancing bellboys at a glamorous hotel or Katherine Kingsley in chiffon would probably suffice on its own. But add in a cast overflowing with talent, the slickest direction and choreography you are likely to see this side of the Atlantic and a show-stopping new cast member, and you have that rare thing, West End alchemy.

The said new cast member is Alex Gaumond. Not unfamous in the West End, he has been catching our eye for a while, from his star turn in Mitchell’s Legally Blonde, to step-in roles in We Will Rock You and Matilda.

He steps-in again in this show, this time following Rufus Hound as brash young American con-man Freddy Benson. And I defy anyone to find a more confident, joyous and accomplished performance in the West End as he is giving right now. Clearly relishing every last gag, Gaumond is a rare find – someone who sings divinely, moves and dances with skill, can play comedy that punches every single gag home, and delivers an easy charm that wins over pretty much everyone in the audience. If he doesn’t become one of the most successful stage stars of his generation then there’s something wrong (with everything). 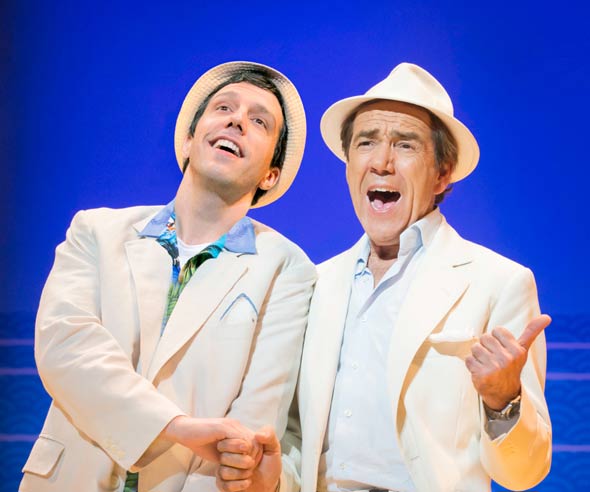 Other new additions to the cast include Bonnie Langford as Muriel Eubanks and Gary Wilmot as Andrew Thibault, both having fun and delivering the required sparkle in champagne bucket loads.

Robert Lindsay remains as elder-statesman conman Lawrence Jameson, channelling Nathan Lane in The Producers as he cons a succession of dames out of their dough. He may often be playing Robert Lindsay playing suave, sophisticated and arrogant, but hey, no one can play Robert Lindsay like him.

He commands the show from the beginning to end and justly deserves the top billing, but it’s the sheer energy and will of his co-stars, including the joyful versatility of Katherine Kingsley, that make it all work – and sometimes saves him from himself.

In short, a succession of beautifully judged performances, from stars to ensemble, make this the happiest, snappiest and slickest musical comedy currently on the West End stage.

Urgent Note: With Gypsy coming in to the Savoy at the end of March, it may be your last chance to see Dirty Rotten Scoundrels in the West End. Don’t blow it! 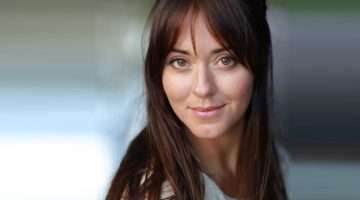