Olivier Award-winning actress and director Maria Friedman directs the show, following her acclaimed and award-winning directorial debut with Merrily We Roll Along.

Cole Porter’s classy and sparkling musical is staged in the round at the Old Vic and promises to be one of the musical highlights of 2015.

A sensational score includes classic numbers True Love, You’re Sensational, Well did you Evah! and Who Wants to Be a Millionaire?

Based on classic novel The Philadelphia Story and the much-loved MGM movie starring Bing Crosby, Grace Kelly and Frank Sinatra, High Society features music and lyrics by Cole Porter, a book by Arthur Kopit, additional lyrics by Susan Birkenhead and is based on The Philadelphia Story by Philip Barry. The show’s musical direction is by Theo Jamieson, with sound design by Simon Baker.

Long Island socialite Tracy Lord is planning her lavish summer wedding when her ex-husband appears to try and win her back. His unwelcome arrival threatens to disrupt the glamorous proceedings. When tabloid reporter Mike Connor arrives to cover the nuptials, he too takes a shine to the bride-to-be. But which of these three suitors will she choose?

Ellie Bamber plays Dinah Lord. Ellie recently played Lydia Bennett in the film Pride and Prejudice and Zombies directed by Burr Sheers. She also appeared in the BBC film The Falling, which premiered at the 2014 London Film Festival. Ellie’s television appearances include The Musketeers (BBC) and A Mother’s Son (ITV). Last year she appeared as Young Jenny in Andrew Lloyd Webber’s Aspects of Love at the Menier Chocolate Factory, directed by Trevor Nunn.

Richard Grieve plays George Kittredge. He is best known for his regular television roles of Jonny Foster in Emmerdale, Sam Kratz in Neighbours and Dr Lachlan Frazer in Home and Away. Richard played Bernadette in Priscilla, Queen of the Desert for the UK Tour having previously played Tick/Mitzi In the London production at the Palace Theatre.

Christopher Ravenscroft plays Seth Lord. Christopher has an extensive list of theatre credits including Dances of Death (Gate Theatre), Good Grief, Portrait of a Lady, Doll’s House (Bath Theatre Royal), The Talented Mr Ripley (Theatre Royal Northampton), Comedy of Errors (Regents Park Open Air Theatre), Summer and Smoke (Apollo Theatre), Macbeth (RSC) and is a regular on stage at the Orange Tree Theatre having performed in The Man Who Pays the Piper, The Stepmother, The Conspirators, The Promise and Alison’s House. Perhaps best known for his recurring role as DI Mike Burden in The Ruth Rendell Mysteries, Christopher’s other television credits include The Shell Seekers, Mile High and The Courtroom. Film credits include The Man Who Knew Infinity, The Football Factory and Henry IV.

Jeff Rawle plays Uncle Willie. Most recently Jeff starred as Dennis Thatcher/Ronald Reagan and others in Moira Buffini’s Handbagged (West End and Tricycle). For the National Theatre Jeff appeared in Cocktail Sticks, The Power of Yes, Fram and Noises Off (also Tour and West End). Other theatre includes King of Hearts (Out of Joint), Bottle Universe (Bush Theatre), Way to Heaven (Royal Court), Releevo (Soho Poly Theatre), Excellent Choice (Eye Saw Theatre), Butley (Fortune Theatre). Regionally he’s appeared in productions of Marine Parade (Brighton Festival), Neville’s Island and Queerfolk (Nottingham Playhouse), Reluctant Heroes (Churchill, Bromley), and The Caretaker (Thorndike Theatre). His on screen credits include The Redistributors, Trimming Pablo and Harry Potter and The Goblet of Fire, The Outcast, 88 Keys, You, Me and Them, Heading Out, Hollyoaks and Midsommer Murders.

Maria Friedman (director) is an award winning actress and director. Her production of Merrily We Roll Along won the Olivier Award winner for Best Musical Revival, and the Critics’ Circle and Evening Standard Awards for Best Musical and enjoyed hugely successful runs at the Menier Chocolate Factory and the Harold Pinter Theatre. The show also received more five-star reviews than any West End show in history.
Maria’s performing credits include Fosca in Sondheim’s Passion (Olivier Award for Best Actress in a Musical); Mother in Ragtime (Olivier Award for Best Actress in a Musical); Maria Friedman, by Special Arrangement at the Donmar Warehouse and Whitehall Theatre (Olivier Award for Best Entertainment); and Chicago, Sunday in the Park with George, Lady in the Dark, and The Woman in White.

★★★★★ “Summer has arrived. Cast doubts aside. All hail an uncomplicated, super show.” Daily Mail
★★★★ “What a swellegant, elegant party this is.” “ an ideal summer theatre treat” The Stage
★★★★ “ irresistible” The Daily Telegraph
★★★★ “The last Old Vic production with Kevin Spacey at the helm is a charming, vivacious end to his tenure” Financial Times
★★★ “visual gorgeousness” “the most sumptuous frocks in London” The Guardian 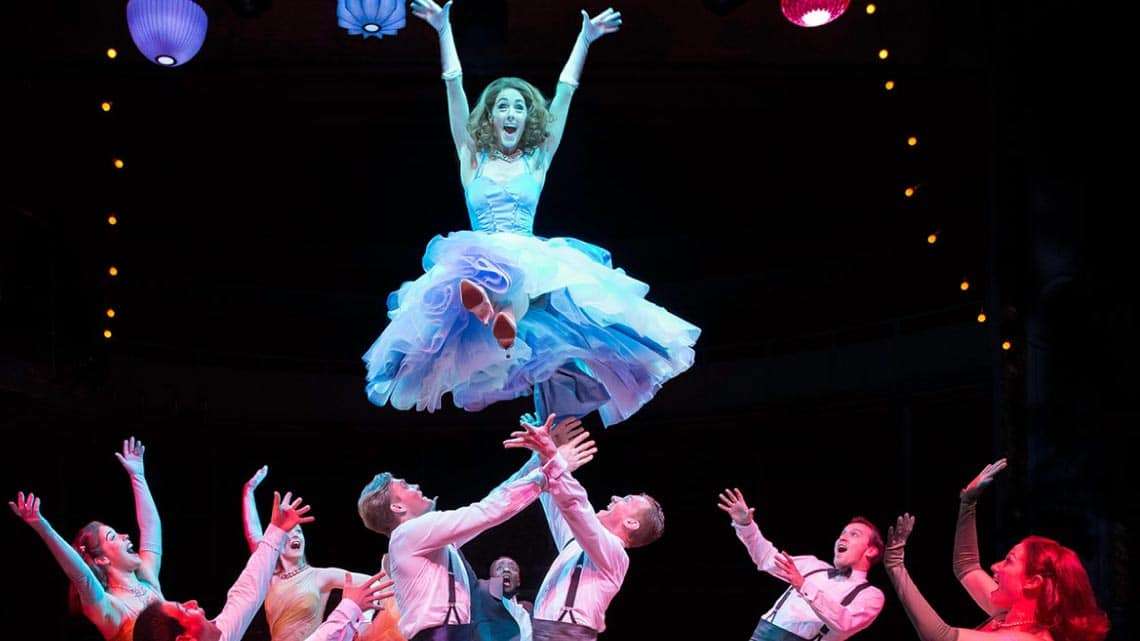 Principal cast for High Society at the Old Vic announced

6 thoughts on “High Society at the Old Vic”