The Donmar Warehouse stages James Graham's new play The Vote, billed as a real-time play for theatre and television.

The Donmar Warehouse stages James Graham’s new play The Vote, billed as a real-time play for theatre and television.

Josie Rourke directs James Graham’s new play, which will get a live TV broadcast from the Donmar by Channel 4 on 7th May – the exact date that the play is set.

Set in a fictional London polling station in the final ninety minutes of polling day 2015, live and in real time, The Vote promises to be an unprecedented national television event.

Following James Graham and Josie Rourke’s work on Privacy at the Donmar, The Vote promises to be a unique drama, marking a national event, as it happens, live and in real-time.

James Graham’s credits include Privacy for the Donmar, The Angry Brigade for Paines Plough, Finding Neverland for American Repertory Theatre Boston and Broadway, This House and Bassett for the National Theatre, and The Whisky Taster and SuddenLossOfDignity.com at the Bush.

Why book The Vote tickets with us? 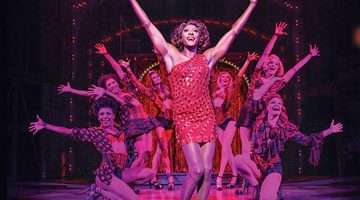