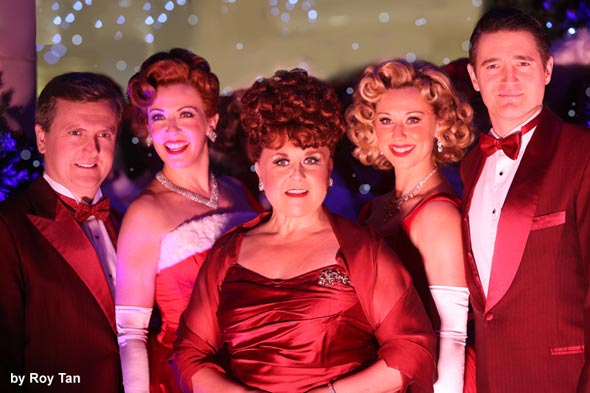 The cast of White Christmas performing at the launch. Photo montage courtesy of Roy Tan

The cast of White Christmas appeared on a snowy Bond Street in London yesterday evening (29 October 2014).

The corner balcony at Fenwick’s was reopened for the event – the first time since the end of World War II.

Aled Jones and the cast sung the title song from the show, under a blanket of virtual snow.

White Christmas starts its run at the Dominion Theatre from 8 November 2014, and marks the first time that the musical has been performed in London. The show will also celebrate the 60th anniversary of the much-loved Bing Crosby film.

Book tickets to WHITE CHRISTMAS at the Dominion Theatre