James McAvoy returns to the Trafalgar Studios for major revival of The Ruling Class directed by Jamie Lloyd.

BAFTA winner James McAvoy is to return to the Trafalgar Studios this winter in a revival of The Ruling Class by Peter Barnes.

James McAvoy and director Jamie Lloyd are reuniting for the final production in Lloyd’s second Trafalgar Transformed season at the Trafalgar Studios, following their critically acclaimed production of Macbeth.

Peter Barne’s satirical comedy sees James McAvoy play Jack, the 14th Earl of Gurney, who is a possible paranoid schizophrenic with a Messiah complex. He inherits the title of the 14th Earl of Gurney after his father passes away in a bizarre accident but is singularly unsuited to a life in the upper echelons of elite society! The anarchic cult comedy sees Jack at the centre of a ruthless power struggle as his scheming family strives to uphold their reputation.

The Ruling Class was first staged in 1968 at Nottingham Playhouse and transferred to the West End’s Piccadilly Theatre where it won the Evening Standard Award for Best Drama in 1969. It was later turned into a film starring Peter O’Toole.

James McAvoy’s theatre credits include Macbeth at the Trafalgar Studios and Three Days of Rain at the Apollo Theatre, both directed by Jamie Lloyd, Breathing Corpses at the Royal Court, Privates on Parade at the Donmar Warehouse and Out in the Open at Hampstead Theatre. Movie credits include Filth, Professor Charles Xavier in the X-Men movies, The Disappearance of Eleanor Rigby, Frankenstein with Daniel Radcliffe, The Last King of Scotland, Atonement, The Chronicles of Narnia: The Lion, the Witch and the Wardrobe, Becoming Jane, Penelope, Wanted, The Conspirator, Gnomeo and Juliet, Arthur Christmas, Welcome to the Punch and Trance. TV work includes White Teeth, State of Play and Shameless.

Running from 16 January to 11 April 2015 at the Trafalgar Studios, the play is directed by Jamie Lloyd, with design is by Soutra Gilmour, lighting by Jon Clark and sound by Ben and Max Ringham.

Currently playing at the Trafalgar Studios is East is East starring Jane Horrocks. 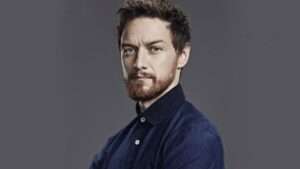 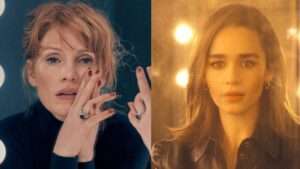 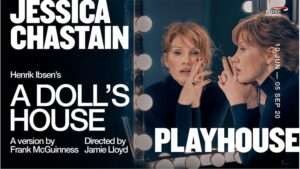 A Doll’s House tickets at the Harold Pinter Theatre, London 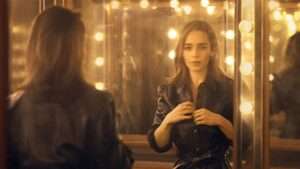