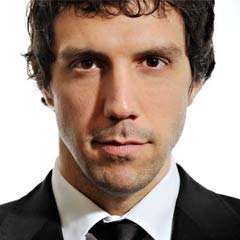 Sudden exit of Rufus Hound from the show.

The producers of Dirty Rotten Scoundrels at the Savoy Theatre have announced that Alex Gaumond is to take over from Rufus Hound in the show, playing conman Freddy Benson.

Alex will join Dirty Rotten Scoundrels on 11 November 2014 and an understudy is currently playing the role.

Alex has recently starred as Agatha Trunchbull in Matilda at the Cambridge Theatre, with other West End credits including Alberto Beddini in Top Hat at the Aldwych Theatre, Galileo in We Will Rock You at the Dominion Theatre, Emmett Forrest in Legally Blonde at the Savoy Theatre, plus Desperately Seeking Susan, Guys and Dolls, Sunday In The Park With George, Scrooge, The Full Monty, Unity 1918, Gone and Miss Saigon.

The exit of Rufus Hound from the cast has been seen as sudden, with no prior announcement from him or the producers. His agent has announced that he is currently working on a movie in Scotland.

Based on the 1988 film starring Michael Caine and Steve Martin, the hit show is directed and choreographed by Tony Award winner Jerry Mitchell (Kinky Boots, Legally Blonde) with music and lyrics by Drama Desk Award winner David Yazbek (The Full Monty) and book by the Golden Globe and Emmy-Award winning Jeffrey Lane (Mad About You).

Set on the sunny French Riviera, Dirty Rotten Scoundrels is a comedy tale of two conmen competing for the riches and the heart of a young impressionable heiress. 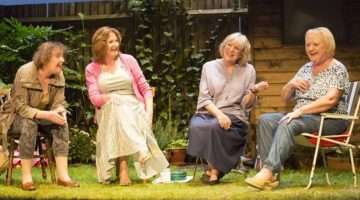