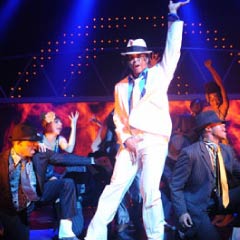 Thriller Live at the Lyric Theatre

Now celebrating its 6th year in London, Thriller Live has played over 2,390 performances at the Lyric Theatre since it opened on 21 January 2009 and has sold over 3 million tickets worldwide.

Thriller Live joins the Top 20 list by usurping My Fair Lady, which had played for 2,281 performances at the Theatre Royal Drury Lane in the late 1950’s.

Thriller Live will shortly overtake Oliver! and Grease in the list, being around 130 shows away from beating Grease.

Thriller Live announced earlier this month that the show was extending its booking period at the Lyric to 6 September 2015.

The producers of the show, Paul Walden and Derek Nicol, said: “We are thrilled that Thriller Live has entered the record books and joined the exalted ranks of the 20 most popular long running shows in the history of the West End. We look forward to breaking more records in 2015!”

Thriller Live is also the longest-running production ever at the Lyric Theatre on Shaftesbury Avenue over the famous venue’s 125 year history.

Another new addition to the Top 20 is Jersey Boys, which has gone in at number 17 having played over 2,740 performances in the West End, first at the Prince Edward Theatre and now at the Piccadilly Theatre.

Jersey Boys has pushed The Sound of Music off the list – it’s 1951 production starring Mary Martin at the Theatre Royal Drury Lane having played for 2,385 shows. 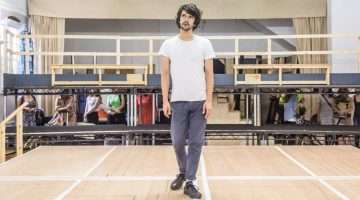 Rehearsal photos of Ben Whishaw and the cast of Bakkhai