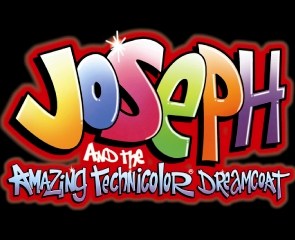 Joseph at the Adelphi Theatre in London

Andrew Lloyd Webber and Tim Rice’s musical Joseph And The Amazing Technicolor Dreamcoat returned to the West End in 2007. This colourful retelling of the famous biblical story about Joseph, his uncanny dream-deciphering abilities and his flashy jacket, is filled with popular songs, including Close Every Door and Any Dream Will Do.

Andrew Lloyd Webber cast the lead role through BBC talent show Any Dream Will Do, with Lee Mead winning the role of Joseph. Lee Mead is currently starring in Wicked at the Apollo Victoria in London.

Lee was followed by Gareth Gates, who found fame by finishing second to Will Young in the first series of Pop Idol in 2002. He made his West End debut in Joseph And The Amazing Technicolor Dreamcoat, and is currently in the UK tour of Les Miserables.

Jenna Lee James played the Narrator, was the runner up in the Voice Of Musical Theatre 2005 and has previously appeared in We Will Rock You in the West End, playing the roles of Meatloaf and Scaramouche.

Joseph and the Technicolor Dreamcoat ran from 17 July 2007 until 30 May 2009 at the Adelphi Theatre, London.