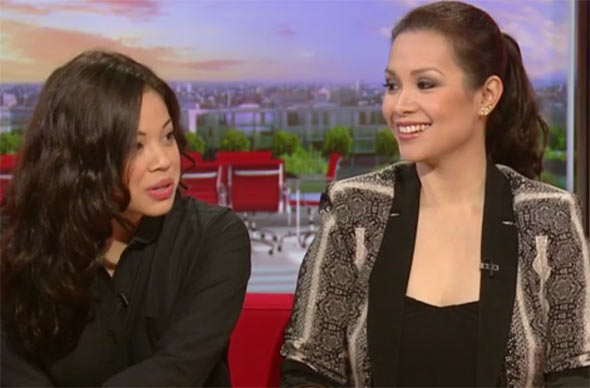 The show premiered at the Theatre Royal Drury Lane on 20 September 1989, where it ran for 10 years, and will celebrate its 25th birthday this Saturday at its new home at the Prince Edward Theatre.

A huge gala performance will also take this on 22 September 2014 at 7pm to celebrate the anniversary, and will include a finale with members of the original cast.

The evening will also be recorded for broadcast on BBC Radio 2 on Friday 3 October 2014 at 9pm .

Earlier today Lea Salonga, the original actress to play Kim, and current lead Eva Noblezada, spoke to BBC Breakfast about their experience of playing in the show.

Miss Saigon is currently booking until April 2015 at the Prince Edward Theatre.

The cast album for Miss Saigon, featuring the current cast including Eva Noblezada as Kim, Jon Jon Briones as The Engineer, Alistair Brammer as Chris and Tamsin Carroll as Ellen, is released on 22 September and available to pre-order on Amazon.

Casting announced for Goats at The Royal Court