Charlie and the Chocolate Factory announces more dates at the Theatre Royal Drury Lane and celebrations for Roald Dahl Day.

Charlie and the Chocolate Factory announces more dates at the Theatre Royal Drury Lane and celebrations for Roald Dahl Day. 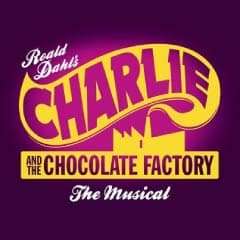 Alex Jennnigs as Willy Wonka in Charlie and the Chocolate Factory

The show will now be booking until 31 October 2015 and has sold over one million tickets so far in London.

September marks the 50th anniversary of Roald Dahl’s original children’s book Charlie and the Chocolate Factory, and celebrations will include the show hosting a Puffin Virtually Live event on 15 September – a national live-streamed event for schoolchildren. Also on Roald Dahl Day, which is the author’s birthday on 13 September, over 50 volunteers including some of the show’s production team, will take part in a sponsored skydive dressed as Oompa-Loompas in aid of the Roald Dahl Marvellous Children’s Charity.

The award-winning West End production of Charlie and the Chocolate Factory features a cast that includes Alex Jennnigs as Willy Wonka, and is directed by Sam Mendes (Cabaret, Skyfall), with music by Marc Shaiman, lyrics by Scott Wittman and Marc Shaiman, a book by award-winning playwright and adaptor David Greig, set and costume designs by Mark Thompson and choreography by Peter Darling.

The Official Cast Recording album is now available on Sony Records, on CD and download.

Amazon: Buy the Charlie and the Choclate Factory cast recording