This year's West End Bares extravaganza is NUDE DUNNIT? - a murder mystery like you have never seen before and all in aid of the Make A Difference Trust.

This year’s West End Bares extravaganza is NUDE DUNNIT? – a murder mystery like you have never seen before and all in aid of the Make A Difference Trust.

Now in its 5th successful year, West End Theatre’s hottest dancers and performers are coming together for WEST END BARES – a one-night only spectacular show to benefit HIV/AIDS.

Combining the naughtiness of burlesque and the spectacular razzle-dazzle of the West End, West End Bares features the HOTTEST male and female dancers from across London’s shows.

This year’s West End Bares has been exposed as… a Murder Mystery! A classic take on the much loved genre featuring the usual suspects! Who is the MURDERER? What was their WEAPON of choice? and what was their MOTIVE?! All will be revealed at this one-off event at London’s most glamorous venue, Cafe de Paris. Featuring performers from all the West End Shows and, as ever, a handful of Celebrity Guests, this is going to be another night of cheeky, sexy, fun and flesh! It would be a CRIME to MISS IT!!!

All money raised goes to the Make A Difference Trust, which brings together the British Entertainment community and its audiences to raise funds to help and support people living with HIV and AIDS, and funds projects such as “Are You Positive?”, a HIV theatre-in-education play designed for young people aged 14 plus. Read more at madtrust.org.uk

SAVE £10 ON ALL TICKET PRICES
Use offer code WESTEND when buying tickets through www.westendbares.com

Book your tickets now at www.westendbares.com 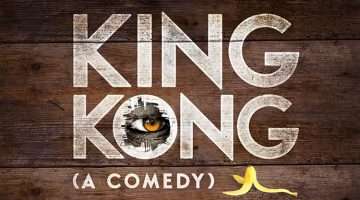 King Kong (A Comedy) at the Vaults