This winter, Robert Louis Stevenson’s thrilling story of murder, money and mutiny is brought to life at the National Theatre’s Olivier Theatre in a new adaptation by Bryony Lavery (Frozen, A Christmas Carol, The Hundred and One Dalmatians).

Treasure Island is designed by Lizzie Clachan, with lighting design by Bruno Poet, fight direction by Bret Yount, music and sound by Dan Jones and songs by John Tams.

It’s a dark, stormy night. The stars are out. Jim, the inn-keeper’s granddaughter, opens the door to a terrifying stranger. At the old sailor’s feet sits a huge sea-chest, full of secrets. Jim invites him in – and her dangerous voyage begins…

Why book Treasure Island tickets with us? 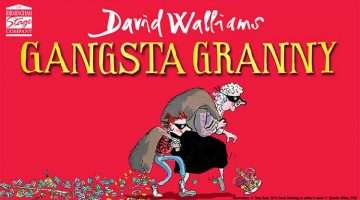