The Phantom of the Opera: New cast announced

New casting has been announced for The Phantom of the Opera at Her Majesty’s Theatre. 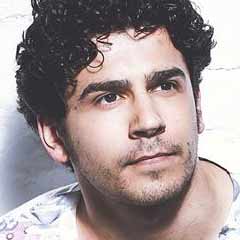 Liam Tamne to join the cast of Phantom

From Monday 1 September 2014, Liam Tamne will join the cast of Phantom in the West End in the role of Raoul.

Liam is best known for appearing in BBC 1’s ‘The Voice’, with his extensive theatre credits including Enjolras in Les Miserables at the Queen’s Theatre, Hair at the Gielgud Theatre, Hairspray at the Shaftesbury Theatre and Wicked at the Apollo Victoria Theatre.

Also joining the show – and making their West End debuts – will be John Ellis as Piangi and Alicia Beck as Meg. Plus Emmi Christensson will join the show, alternating in the role of Christine with existing cast member Harriet Jones.

The rest of the current cast will remain the same including Gerónimo Rauch as The Phantom, plus Andy Hockley as Monsieur Firmin, Martin Ball as Monsieur Andre, Lara Martins as Carlotta and Jacinta Mulcahy as Madame Giry.