The pain of mounting Spider-Man: Turn Off the Dark continues apace. Financial problems have dogged pre-production of the enormous project but it seems that rehearsals will finally begin this summer for a November opening at the Hilton Theatre.

The investment in mounting Spider-Man is believed to huge, and the show is having to  rip apart the Hilton Theatre to accommodate the lavish and complex sets.

The Broadway League, Broadway’s trade body, released its biannual report this week on the economic impact of spending by Broadway production companies, theatre operators and visitors drawn to New York by Broadway. The figures come close to $10 billion in the 2008-09 season, which is a whole lot of money.

Charlotte St. Martin, Executive Director of The Broadway League, said that the figures, “remind us of how important Broadway is to tourism.” The majority of the money stemmed from visitors’ spending on hotels, restaurants, shopping and transport. Broadway also supported 84,400 jobs and generated $477.7 million in New York City taxes, according to the report. The increasingly lavish spending by producers on new productions (see above) also boosted the total.

We haven’t yet seen the Society of London Theatre’s recently published West End Theatre Audience Report 2010 to determine if a calculation on the West End Theatre’s economic impact on London has been made, but the last public figure was way back in 1997 in their  Wyndham Report. This tallied the impact at just over £1 billion. Given that box office revenue was over half a billion pounds in 2009 we imagine the economic impact has gone up somewhat since then.

Ricci Time: She didn’t have the good sense to get a part in The Addams Family on Broadway (!) so Christina Ricci is making do by joining the Tony nominated play Time Stands Still in September, replacing Alicia Silverstone in the play that also stars Laura Linney. Linney is currently filming her new Showtime TV series The Big C.

Hunk-with-talent Alert: Lee Aaron Rosen has just wowed critics in the Atlantic Theater Company’s new production of English playwright Moira Buffini’s Gabriel at the Linda Gross Theater in New York. The play first premiered at the Soho Theatre in London in 1997. Needless-to-say that Mr Rosen is being pitched as “one to watch” for multiple reasons.

Dan Does Dance: Daniel Radcliffe is putting in the practice for his Broadway role in How to Succeed in Business Without Really Trying, working with a vocal and dance coach in London ahead of rehearsals beginning February 2011. Now that’s forward-planning! The show will be directed by Rob Ashford and co-star Rose Hemingway.

The Mask of Zorba: Antonio Banderas has told WENN that he plans to go back to Broadway next year in a revival of the 1968 Kander and Ebb musical Zorba  – based on Nikos Kazantzakis’ novel Zorba The Greek.

Hodge Honour: Awards guru Tom O’Neil in the LA Times thinks that Douglas Hodge is a shoo-in for the Best Actor in a Musical Tony award, to be announced in June. Hodge received fabulous notices for his performance as Albin in the Broadway transfer of the Menier Chocolate Factory’s production of La Cage Aux Folles.


Glad to be Glee: It seems that the spitting and fury over Newsweek’s recent article by arts critic Ramin Setoodeh, arguing that gay actors can’t be taken seriously in straight roles, has finally subsided. Much of Broadway has been up in arms over the article – in which Setoodeh refers to Sean Hayes’ performance in Broadway’s Promises, Promises as “weird seeing Hayes play straight,” and also references Glee’s Jonathan Groff. Glee creator Ryan Murphy waged in calling for an all-out boycott of the magazine for its homophobic opinion. It now seems that Ramin and Ryan have made up. Groff, who is openly gay, will be winging his way to London in the summer to appear alongside Simon Russell-Beale in Deathtrap at the Noel Coward Theatre.

Popular theatre blog West End Whingers made a Broadway sojourn recently and posted a great round-up of what to see – and what not. 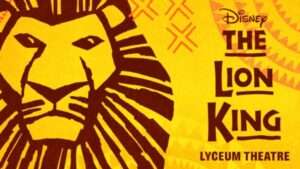 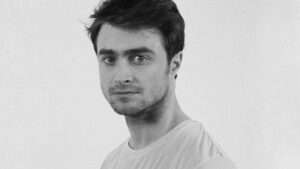 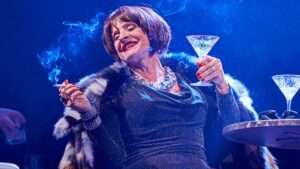 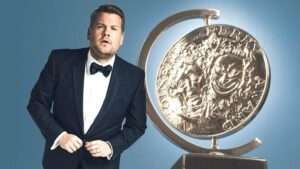