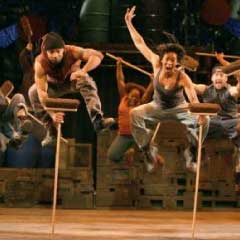 Saturday’s matinee marks a major milestone for the show, which is now in its 12th year in London.

The current, full-length production of STOMP first played at the Vaudeville Theatre from 24 September 2002 until 2007, and then moved to its current home at the Ambassadors Theatre.

The very first iteration of the show in London was in 1991, when the show’s creators, Luke Cresswell and Steve McNicholas, produced the show at the Bloomsbury Theatre before taking it to Edinburgh. A major tour followed and it returned to London at the Sadler’s Wells Theatre in 1994, scooping an Olivier nomination. It was back in London, at the Royal Festival Hall, in 1995.

One of the most significant moments for the show was performing at the London Olympics closing in 2012.

In the show eight performers use everything from Zippo lighters to bin lids to hammer out rhythms and make extraordinary music in this thrilling, inventive and theatrically exciting show.

SPECIAL OFFER: Book tickets to STOMP at the Ambassadors Theatre in London 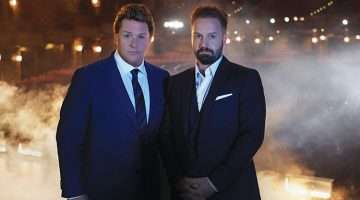