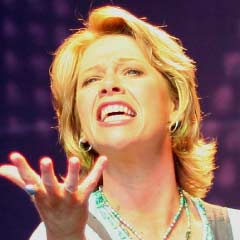 Linzi Hateley is one of the most accomplished and experienced stars of the West End stage. She had her first break at only 17 years old starring in the infamous RSC production of Stephen King’s horror Carrie, taking the show to Broadway and enjoying a ‘Theatre World Award for Best Newcomer.

Her subsequent and numerous theatre credits cover much of the recent history of the West End including Eponine in Les Miserables, an Olivier-nominated role as the Narrator in Joseph and the Amazing Technicolor Dreamcoat, Rizzo in Grease at the Dominion, Into The Woods, The Rink, Oliver!, On Your Toes, Martha in the RSC’s The Secret Garden, Roxy in Chicago and Mrs Banks in Mary Poppins at the Prince Edward Theatre.

Linzi we salute you. 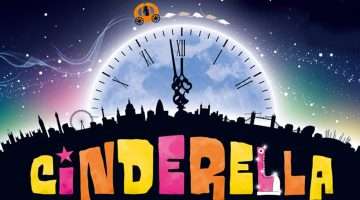