Reviews of Skylight at the Wyndham’s Theatre

A round-up of reviews for Skylight at the Wyndham's Theatre starring Carey Mulligan and Bill Nighy.

A round-up of reviews for Skylight at the Wyndham’s Theatre starring Carey Mulligan and Bill Nighy. 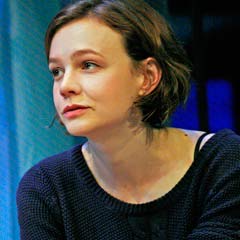 Skylight is currently in previews at the Wyndham’s Theatre with a first night scheduled for 18 June 2014. The show is running until 23 August.

It’s the first time that the play has been seen in the West End since a 1997 production at the Vaudeville.

A National Theatre Live cinema screening of the show will be broadcast on 17 July 2014 (read more).

Baz Bamigboye in the Daily Mail, who saw a preview of the play, says that Hare’s drama is “incendiary” and “hotter than I remembered when I first saw it with Michael Gambon at the National”.

In terms of the cast, Baz says that  the show features “scorching performances from Mulligan, Nighy and Beard”, with Nighy giving “the performance of his life”.

“The play stands up, too, as if it was written yesterday. It’s electrifying.”

MORE REVIEWS BELOW from the Guardian, Telegraph, Independent and more.

“Some plays dissolve with time. David Hare’s Skylight actually seems to have got richer since its premiere in 1995. It is not just because Stephen Daldry’s revival is beautifully acted by Bill Nighy, Carey Mulligan and Matthew Beard: the piece was excellently done the first time. The real secret is that Hare’s observation of opposing values is even more pertinent in a society based on grotesque inequality.”

“… this splendid revival which brings together seasoned Hare stalwarts (director Stephen Daldry and Bill Nighy who inherited the lead male role from Gambon in 1997) and highly talented Hare neophytes (Carey Mulligan and Matthew Beard who played alongside each other in the film An Education and are both making their West End debuts).

But though it’s Mulligan’s first outing in this particular neck of the woods, she demonstrated her theatrical prowess early on in 2007, before her movie career took off, as an absolutely heart-rending Nina to Mackenzie Crook’s Konstantin in a Royal Court staging of The Seagull that transferred to Broadway.

It’s good to report that she confirms that promise now with a performance of extraordinarily contained power – stretching from wry self-possession to disciplined fury —- as Kyra in Hare’s penetrating study of a relationship in which mutual attraction is painfully at variance with political persuasion.”

“Bill Nighy at full belt on stage is astonishing, unbalancing, unforgettable. He throws every Nighy-ish tic and mannerism at the performance. He is no longer playing the character in the play (in this case Sir David Hare’s 1995 dialectic Skylight). He becomes Bill Nighy playing Bill Nighy playing that character.”

“You can’t take your eyes off Nighy. He paces the grotty flat in his sharp suit and overcoat like an angry old lion in a cage, and regards the piece of sweaty cheese that Kyra plans to use in a pasta sauce as if it were marginally less enticing than dog poo.

He has an extraordinary powerful presence, and a dancer-like grace in his movements. At one point, he seems to perform a pirouette just for the hell of it. He gets great value from his character’s great tirades of grief and rage, but he is also wonderfully funny in his attacks on grief counsellors and the politically correct. And his performance is made even more compelling by a vocal tic in which he pauses just before he speaks, as if suffering from mild aphasia – it means you hang on to every word.

In contrast, Mulligan’s diminutive Kyra is played with both stillness and an almost feline sense of self possession, but there are also beautiful moments when she seems to light up with a glow of recollected romance. There is strong support too from Matthew Beard as Tom’s troubled son, and his act of generosity at the end crowns this great play with a moment of pure delight.”

“There are moments of rhetorical thinness and Daldry’s production doesn’t feel desperately light on its feet. But ultimately it works – because of the performances, because of the political relevance, because of the passion in the writing, and because ultimately it’s hard not warm to the underlying suggestion that perhaps one day love will save us from our stupid squabblings.” 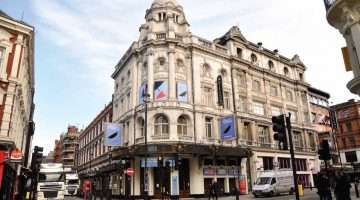