Movies News: Theatre on film and Movies on stage

A round-up of Movie News relating to West End and Broadway stage stars and talent, plus theatre shows adapted for  film, and musicals and plays getting turned into cinema hits.

Much awarded London theatre director Michael Grandage, who reigned supreme at the Donmar Warehouse for ten years and recently directed a starry season of plays in the West End, has started pre-production on his first movie.

The film is called Genius and centres on The Great Gatsby author F. Scott Fitzgerald, – and true to form it is packed full of stars.

It also sees him collaborate again with writer John Logan, following their huge success in London and New York with Mark Rothko play Red and also recent new play Peter and Alice starring Judi Dench Ben Whishaw at the Noel Coward Theatre. Logan is also screenwriter on hits such as The Aviator and Skyfall. He has based the screenplay to Genius on the book by A. Scott Berg.

The movie is being produced by Grandage and his theatrical business partner James Bierman, with the guiding hand of Tim Bevan as Exec Producer. Could Grandage be lining up an Oscar next to his Tony and Olivier Awards?

Terrence McNally’s Tony-winning play Master Class about Maria Callas, which debuted on Broadway in 1995 winning Tonys for its stars Zoe Caldwell and Audra McDonald, is to get a big-screen remake.

Patti LuPone, who took over from Caldwell in the Broadway production, brought the play to London’s Queen’s Theatre in 1997. The show was revived by Stephen Wadsworth in 2010 starring Tyne Daly as Callas, with a subsequent Broadway run in 2011 also starring Sierra Boggess. Tyne Daly brought the show to London’s Vaudeville Theatre in 2012.

Faye Dunaway had been rumoured to be taking the film’s lead having played the part on the US national tour in 1996. However, HBO has confirmed that Streep has won the role.

Stephen Sondheim speaks about Into The Woods movie changes

The forthcoming Disney movie adaptation of Stephen Sondheim musical Into the Woods will include some significant plot changes to tone down some of the racier themes.

Spolier alert: Sondheim let slip the changes at a recent event in New York with High School teachers who have produced his work. He said that, “You will find in the movie that Rapunzel does not get killed, and the prince does not sleep with the [Baker’s Wife]”.

Sondheim and James Lapine have written a new song to cover the fact that Rapunzel doesn’t get killed. “Disney said, we don’t want Rapunzel to die, so we replotted it. I won’t tell you what happens, but we wrote a new song,” said Sondheim.

Also the song “Any Moment” which is centred around the liaison between Cinderella’s Prince and the Baker’s Wife, has “”probably” been cut, he said.

Previously known is that a new song has been written for Meryl Streep’s The Witch called “Rainbows”.

Rob Marshall is directing the movie which will also star Emily Blunt as the Baker’s Wife, James Corden as the Baker, Anna Kendrick  as Cinderella, Chris Pine as Cinderella’s Prince, Johnny Depp  as the Wolf, Daniel Huttlestone as Jack, Lilla Crawford  as Little Red, Tracey Ullman as Jack’s Mother, Christine Baranski  as the Stepmother, MacKenzie Mauzy as Rapunzel and Billy Magnussen as Rapunzel’s Prince.

Other British stars involved in he movie include Frances de la Tour as the Giant, Simon Russell Beale as the Baker’s father, Joanna Riding  as Cinderella’s mother and Annette Crosbie as Little Red Riding Hood’s granny.

Links: More news on Into The Woods

Sondheim has released a statement following the New Yorker article via his lawyer, in which he has now clarified that “Any Moment” and the Prince’s affair are still in the movie!! Here’s the statement:

“An article in The New Yorker misreporting my “Master Class” conversation about censorship in our schools with seventeen teachers from the Academy for Teachers a couple of weeks ago has created some false impressions about my collaboration with the Disney Studio on the film version of Into the Woods. The fact is that James (Lapine, who wrote both the show and the movie) and I worked out every change from stage to screen with the producers and with Rob Marshall, the director. Despite what the New Yorker article may convey, the collaboration was genuinely collaborative and always productive.

“When the conversation with the teachers occurred, I had not yet seen a full rough cut of the movie. Coincidentally, I saw it immediately after leaving the meeting and, having now seen it a couple of times, I can happily report that it is not only a faithful adaptation of the show, it is a first-rate movie.

“And for those who care, as the teachers did, the Prince’s dalliance is still in the movie, and so is “Any Moment.”

Flush with his Tony Awards success on Sunday, Mark Rylance is looking towards the movies for his next career move. According to Variety, the theatre star is being tapped by Steven Spielberg for his new Cold War movie, alongside Tom Hanks. The script is by the Coen brothers and will follow an American attorney recruited by the CIA to venture behind the Iron Curtain during the Cold War.

Rylance seems to be stepping up his on-screen acting, and has recently be filming the big new BBC TV adaptation of Hilary Mantel’s Wolf Hall and Bring Up The Bodies, playing the lead role of Thomas Cromwell. The stage adaptation of Wolf Hall and Bring Up The Bodies is proving a massive hit for the RSC at the Aldwych Theatre in the West End, and rumours of a Broadway transfer continue to swirl. 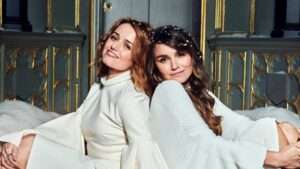 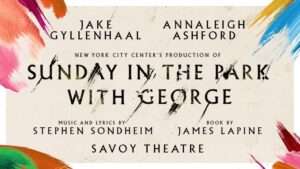