IN LONDON FOR 8 WEEKS ONLY

Enjoy an unforgettable Christmas this year with a trip to see the festive feel-good musical White Christmas based on the much loved film.

A little mischief, a few misunderstandings and a whole lot of romance are the perfect excuse for a magical evening of laughter, tears, breathtaking dance numbers and some of the greatest songs ever written.

Irving Berlin’s WHITE CHRISTMAS tells the story of two ex-army pals as they team up with a pair of sisters to put on a show to save a remote Vermont ski lodge that’s fallen on hard times.

“A big glittery greeting card of a show” The Times
“A live orchestra, wonderful chorus, lavish scenery and stylish costumes are the icing on the Christmas cake” Whats On Stage

Why book White Christmas tickets with us? 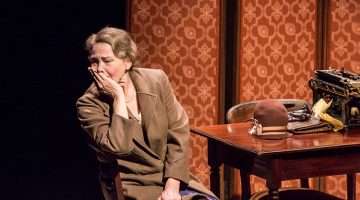