Alex Jennings stars as Willy Wonka in Charlie and the Chocolate Factory. 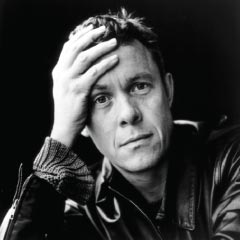 Alex Jennings has has taken over from Douglas Hodge in the role of Willy Wonka in Sam Mendes’ lavish production of Charlie and the Chocolate Factory at the Theatre Royal Drury Lane.

Alex is is one of Britain’s most revered and awarded actors.

He trained at the Bristol Old Vic Theatre School and is an associate actor at the National Theatre and the Royal Shakespeare Company.

His stage credits include a number of productions at the National including playing Alan Bennett in Untold Stories, Collaborators, Britten in The Habit of Art, Present Laughter, The Alchemist, George Bush in Stuff Happens, His Girl Friday, Henry Higgins in My Fair Lady, The Relapse and The Winter’s Tale, Albert Speer and Ghetto

For the RSC his performances include Hamlet (also in New York and Washington), Much Ado About Nothing, A Midsummer Night’s Dream (also New York), Measure for Measure, Peer Gynt and Richard II.

Other theatre credits include Henry Higgins in My Fair Lady (Théâtre du Châtelet, Paris), Candide (ENO, Coliseum), The Importance of Being Earnest (Aldwych), The Liar (Old Vic), The Wild Duck (Peter Hall Company), Too Clever by Half and The Country Wife (Manchester Royal Exchange).

His movie work includes Belle, The Queen, Babel, Five Children and It, The Four Feathers, The Wings of the Dove, A Midsummer Night’s Dream and War Requiem.