The Donmar Warehouse is to revive the Broadway and West End musical City of Angels.

The Donmar Warehouse is to revive the Broadway and West End musical City of Angels. 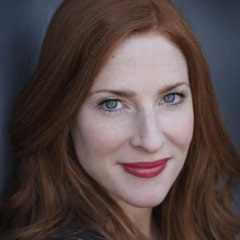 Rosalie Craig to star in City of Angels

The show will be directed by Donmar artistic director Josie Rourke and star Rosalie Craig (The Light Princess) and Hadley Fraser (The Pajama Game).

City of Anegls features music by Cy Coleman, lyrics by David Zippel and a book by Larry Gelbart.

The show starts its run at the Donmar from 4 October 2014.

A musical homage to the world of film noir and Hollywood in the 1940’s, the show weaves two plot: one set in the present about a writer trying to turn his crime detective novel into a screenplay, and one within the fictional film.

The show premiered on Broadway in 1989 directed by Michael Blakemore and won 6 Tony Awards including Best Musical.

The West End production played the Prince of Wales Theatre in 1993 directed by Blakemore and starring Roger Allam and Haydn Gwynne. It won Best New Musical at the 1993 Olivier Awards.