On this day in 1663... The Theatre Royal Drury Lane opened in London 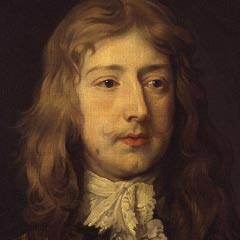 Originally called the Theatre Royal, Bridges Street, the theatre was a huge success but was unfortunately destroyed by fire on 25 January 1672.

Thomas Killigrew was granted Letters Patent by Charles II to set up an acting company, which became known as King’s Company. Alongside William Davenant’s Lincoln’s Inn Fields theatre, these were the only two licensed theatres in London.

We don’t know who designed the theatre but do know that it was a wooden structure built of three tiers and could seat about 700 people.

Famous London diarist Samuel Pepys was a regular theatregoer and attended the Theatre Royal the day after it opened. He missed the first day of opening, writing on 7 May 1663 that: “This day the new Theatre Royal begins to act with scenes the Humourous Lieutenant, but I have not time to see it”. But he did manage to see Francis Beaumont and John Fletcher’s The Humorous Lieutenant on 8 May, saying of the theatre that:”The house is made with extraordinary good contrivance, and yet hath some faults, as the narrowness of the passages in and out of the Pitt, and the distance from the stage to the boxes, which I am confident cannot hear; but for all other things it is well, only, above all, the musique being below, and most of it sounding under the very stage, there is no hearing of the bases at all, nor very well of the trebles, which sure must be mended.”

Lead casting announced for the UK premiere of Waitress