ABOUT The Scottsboro Boys

Following a wildly successful, sold out run at the Young Vic, Kander and Ebb’s exhilarating, dazzling and provocative musical The Scottsboro Boys is transferring to the West End this Autumn.

This critically acclaimed production was nominated for 6 Olivier Awards including Best New Musical and won the Critics’ Circle Best Musical Award 2013. It was nominated for an extraordinary 12 Tony Awards on Broadway.

The Socttsboro Boys brings to life the extraordinary true story of nine young men in a case that changed history forever.

1931. Nine black teenagers board a train in Scottsboro, Alabama, in search of a new life. By the end of their journey, their lives – and those of every American – would be changed forever.
Accused of an unspeakable crime, their trial would divide a nation. But behind the screaming headlines was the devastating story of nine young men, desperate to prove to the world that they mattered.

Reviews for the Garrick Theatre transfer:
★★★★★ “This is a hurtling journey into hell; I urge you to buy a ticket… irresistibly entertaining” The Times
★★★★★ “Audacious and troubling” FT
★★★★ “This is a show that boasts a brilliant ensemble, but Brandon Victor Dixon shines particularly as Hayward Patterson” Guardian

Running Time: 1 hour 45 minutes; Age Restrictions: Suitable for ages 12+; Important Info: There is no interval. There is a small pillar between seats E16 & E17, this pillar does not restrict your view.

Why book The Scottsboro Boys tickets with us? 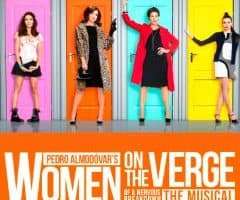