A new trailer has been released for glam and uber-camp new musical Strictly Ballroom.

A new trailer has been released for glam and uber-camp new musical Strictly Ballroom.

The video features most of the cast of the show, including Thomas Lacey as Scott Hastings and Phoebe Panaretos as Fran.

The big new musical is directed by the movie’s original director Baz Luhrmann, with costumes by by Oscar winner Catherine Martin.

The show opens this Saturday at the Lyric Theatre in Sydney Australia. The producers hope that the show will travel extensively – including Broadway and the West End. 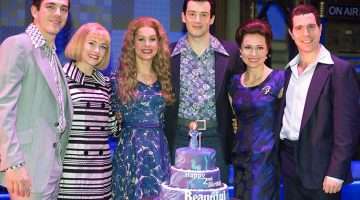