The Bill star Ben Richards to premiere in Priscilla 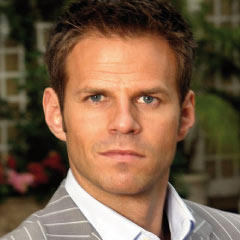 Best known for his TV roles, BEN RICHARDS is to take over from Jason Donovan in June this year to play the lead role in Priscilla Queen of the Desert.

Richards is most famous for playing PC Nathaniel Roberts in Britain’s longest-running police drama, The Bill, as well as a long stint on racy series Footballer’s Wives.

He is also an accomplished musicals actor having played numerous roles in high-profile West End shows including Sky Masterson in Guys and Dolls, Danny Zuko in Grease, Tony Manero in Saturday Night Fever and Jerry Lukowski in The Full Monty.

Book tickets to Priscilla Queen of the Desert at the Palace Theatre in London.

FILM CREDITS : Bring Me the Head of Mavis Davis; Julie and the Cadillac’s

Book tickets to Priscilla Queen of the Desert at the Palace Theatre in London.

2 thoughts on “BEN RICHARDS in Priscilla Queen of the Desert”