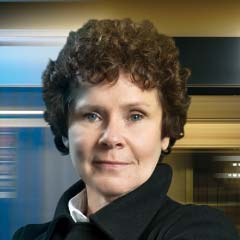 Imelda Staunton is returning to the West End this spring in the critically acclaimed Hampstead Theatre production of Good People.

The play transfers to the Noel Coward Theatre for a strictly limited season.

Imelda Staunton’s extensive stage credits include starring as Mrs Lovett in Sweeney Todd at the Adelphi Theatre and in Chichester, A Delicate Balance at the Almeida Theatre, National Theatre productions including Guys and Dolls and A Chorus of Disapproval, The Wizard of Oz for the RSC and Into the Woods at the Phoenix Theatre.

Book tickets to Good People at the Noel Coward Theatre