Jamie Lloyd (The Commitments, Urinetown) stages his second season of plays under the Trafalgar Transformed umbrella, at the Trafalgar Studios this summer.

Playing from 1 July to 27 September 2014, this new production of Shakespeare’s Richard III stars Martin Freeman in the title role alongside Gina McKee (Our Friends In The North, Notting Hill) as Queen Elizabeth.

British actor Martin Freeman has become an international star through his acclaimed performance in BBC comedy The Office, Peter Jackson’s trilogy of movies based on The Hobbit, as Doctor Watson alongside Benedict Cumberbatch in BBC drama Sherlock, and new US drama Fargo.

Why book Richard III tickets with us? 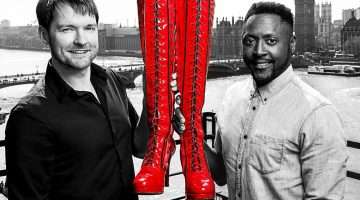 Killian Donnelly and Matt Henry to star in Kinky Boots