Starring Imelda Staunton and Lloyd Owen, Good People is a sharp, acerbic and funny play that traces the path of a woman’s life when a chance encounter with an old flame presents an opportunity to improve the quality of her life – but ends in comedy disaster!

Good People is designed by Hildegard Bechtler, with lighting by Mark Henderson and sound by Paul Groothuis.

If you were born in South Boston you’ve started life on the wrong side of the tracks, so just making ends meet will need all the energy you can muster. Imelda Staunton plays sharp-tongued single mother Margie, who will do anything it takes to pay the bills after losing yet another job. Hearing that an old boyfriend who has made good is in town, she decides to corner him – old loyalties should be good for something….

Imelda Staunton: Multi award winner Imelda Staunton was most recently on stage in Circle Mirror Transformation (Royal Court), Sweeney Todd (Chichester Festival) for which she won the Olivier Award for Best Actress in a Musical, A Delicate Balance (Almeida Theatre) and Entertaining Mr Sloane (Trafalgar Studios). Film includes Pride, Maleficent, The Awakening, Another Year, Harry Potter And The Deathly Hallows and Vera Drake. TV includes The Girl for which she was nominated for Emmy and Bafta Awards, Psychoville and Cranford Chronicles.

Why book Good People tickets with us? 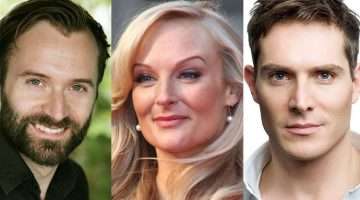 Casting announced for Menier Chocolate Factory’s She Loves Me