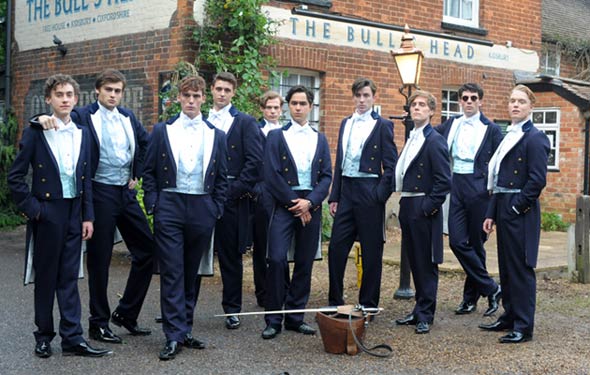 The cast of Posh – The Movie!

Laura Wade’s hit play Posh, which ran at the Royal Court in 2010 and transferred to the Duke of York’s in 2012, is all set for the big screen.

Directed by An Education’s Lone Scherfig, with a screenplay by Wade, the movie opens on 19 September 2014.

The story of rich university boys doing terrible things struck a raw nerve when it opened during the 2010 general election, and draws more than a few similarities to Oxford University’s Bullingdon Club, where David Cameron and Boris Johnson were members.

The cast of boys in the movie includes Max Irons, son of Jeremy Irons and Sinéad Cusack, as Miles and Hunger Games actor Sam Claflin as Alistair, who are first years at Oxford University determined to join the notorious Riot Club.

Other cast include Douglas Booth as Harry Villiers, Sam Reid as Hugo, Holliday Grainger as Lauren and Jessica Brown-Findlay as Rachel, plus Natalie Dormer, Michael Jibson, Freddie Fox and Matthew Beard – who will shortly be playing against An Education star Carey Mulligan in Skylight at the Wyndham’s Theatre

Scherfig told Empire magazine that the aim of the film is to cover broader themes of power and class and won’t pull any punches: “It’s more dynamic and energetic and dramatic and tough than the films I’ve done previously.” 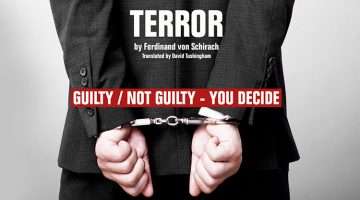 Terror at the Lyric Hammersmith.